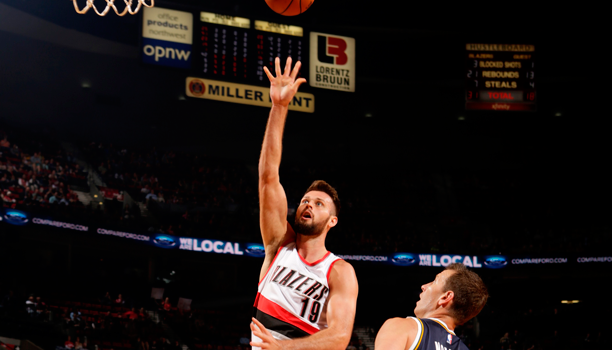 Check out the final installment of our look back at 2014, with the year coming to an end with October-December.

British Basketball given lifeline by Sport England, with later reports suggesting the rescue was imminent.

Pops Mensah-Bonsu signed for Denver Nuggets’ training camp, only to leave within a few days due to personal reasons. Fahro Alihodzic began his pro career in Hungary after a short-spell with Manresa expired.

The initial England U16 squad for the coming year was announced, as was the U15 development squad. In the EBL, Brunel Ducks assembled a strong roster for their inaugural D4 season.

Sam Japhet-Mathias making noise in the US after transfer to Vermont Academy. Kingsley Okoroh spoke to Cal Bears ahead of his Freshman year in college.

GB veteran Kieron Achara committed to a full season with the Rocks. Zak Wells was determined to bounce back from an injury setback after being ruled out for 6 months. Dwayne Lautier-Ogunleye is relishing the opportunity to impress in the BBL with the Bristol Flyers.

Overseas, Ogo Adegboye made his return to pro action after signing a short-term deal in Greece with Aris. Gareth Murray left Cheshire Phoenix to join French third division side Challans, while the Nix filled the void by signing former NBA player Julius Hodge.

Matthew Bryan-Amaning left German side Ludwigsburg, before joining Soles in Mexico. Ryan Richards also made a change after joining Kormend following his release at Vienna.

There were 9 biggest takeways for British Basketball from the Leaders Sport Business summit.

Amar’e Stoudemire determined to roll back the years, as he spoke to the UK media ahead of the Knicks’ visit to London in January. Plus, an interview with Danilo Gallinari ahead of his NBA return from injury.

The NBA season began, and Luol Deng made his Miami Heat debut with a win over Washington.

Joel Freeland remains loyal to his country, despite GB absence in the summer as he aims to stay level headed in his contract year in Portland. Freeland proved instrumental in a win against Charlotte, dunking past Al Jefferson in the process, while Luol Deng scored a season-high of 30 points against Dallas.

Luke Nelson said it’s NCAA tournament or bust for UC Irvine ahead of the start of the college season. Hoopsfix produced the ultimate list of all British Basketball players in US Colleges for the 2014-15 season. Teddy Okereafor scored a career-high of 29 points to lead Rider University to an early victory.

After being let go by Kaposvari, Fahro Alihodzic continued his rookie season in Greece after joining AGOR. Guard Justin Robinson agreed to return to Apollon in Cyprus, while Devon van Oostrum was loaned out to Kouvot in Finland. Pops Mensah-Bonsu began his season after joining Hapoel Jerusalem.

A Road Less Travelled: Barking Abbey at the City of Palms Classic 2013 – Full Documentary (MUST WATCH!)

The 2015 FIBA Europe youth tournaments were announced as England’s U16, U18 & GB U20’s learnt their summer fates.

Kieron Achara claimed the BBL Player of the Month award after a dominant month for the Glasgow Rocks. Newcastle Eagles honoured Charles Smith’s landmark achievement with a special video presentation.

GB guard Ben Mockford joined Plymouth Raiders, as Nick George departed. Neil Watson aims of leading Leicester Riders to glory in his rookie season. Fellow American rookie, Rahmon Fletcher is happy to be back playing and flying high with Newcastle Eagles after a year out.

Joel Freeland was handed his second career start, before pulling down a career-high 17 rebounds post Xmas. The forward then recorded his first NBA double-double against the Knicks, including a nasty block on Tim Hardaway.

Luol Deng had 25-8-8 in a Christmas Day victory for Miami over Cleveland. In College, Alex Young came up clutch to lead UC Irvine to a tournament win in a Championship game.

In the NBL, Calvin Morant-Hudson scored a career-high 54 points to lead Mansfield Giants to a victory in D3.

The year rounded off with the Haris Memorial tournament with England U16 and U18 teams present. Here are recaps of Day 1, Day 2 and the final Day 3.