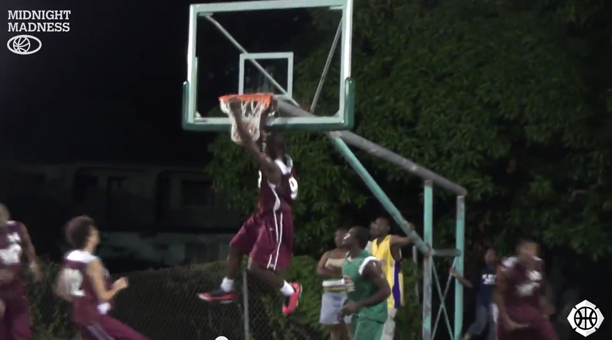 Check out the highlights from the Midnight Madness Travel Team’s final game in St Kitts – against Island champions the Challengers. In the midst of a huge run, the rain started pounding down with 3 minutes remaining and saw the game called off with Midnight Madness trailing by five.

Julius Joseph suited up for the first time, and immediately made his presence felt. Solid contributions were also had from Maxwell Morrison and Dwayne Lautier-Ogunleye.