Denzel Ubiaro Shuts Down the Haris Tournament! Back to Back Posters on the Break! - Hoopsfix.com

Support
Home / British / Denzel Ubiaro Shuts Down the Haris Tournament! Back to Back Posters on the Break!

Denzel Ubiaro Shuts Down the Haris Tournament! Back to Back Posters on the Break! 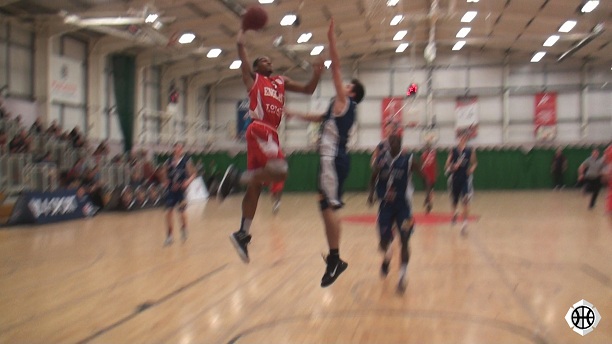 Check out England U18 Denzel Ubiaro shutting down the Haris Memorial Tournament 2014 on the final day vs Boulazac in the third place playoff game.

Ubiaro got the steal before throwing down a huge dunk on the trailing defender and then got out in transition on the following possession off a nice full court pass from Sam Japhet-Mathias, squared up his defender (he actually looks at him!) and banged it on him to send the entire gym into a frenzy!

England ran out comfortable winners to take third place in the tournament, Ubiaro had 15 points.