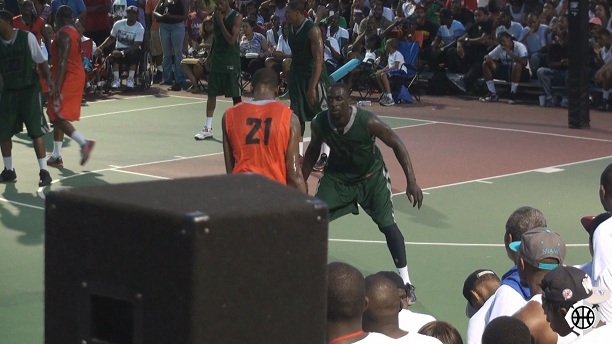 For a little throwback Thursday, we look back at when GB star Pops Mensah-Bonsu faced off against Kevin Durant at The Goodman League in Washington DC during the summer of 2013.

Tweets at the time were saying how Pops was locking up KD, and now thanks to The Mars Reel we have got our hands on some of the footage, including his big block and dunk off a spin move in the post!

Keep watching the video right until the end for bonus footage of Pops in a charity game dropping dimes! Mensah-Bonsu has just signed for Hapoel Jerusalem.