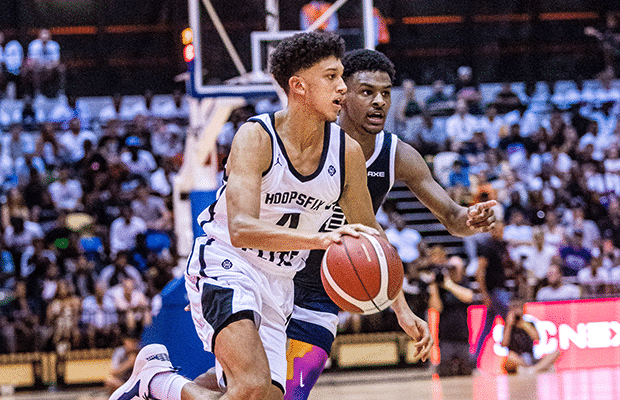 It has been quite the eventful year in British basketball with 2022 serving up some great moments as well as some that were not so good – we are ending the year by picking out 10 of most memorable moments of 2022. 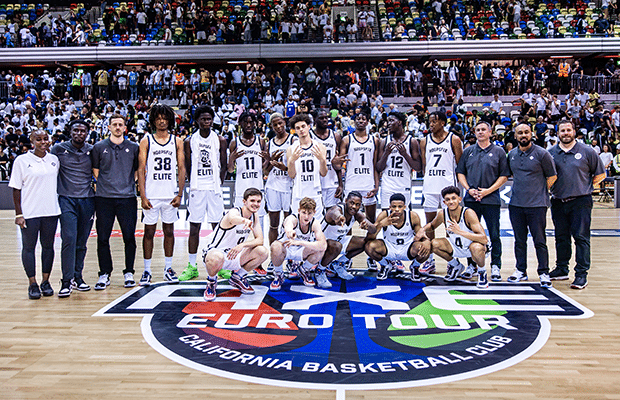 We’ll start with our personal favourite. And, no, we still can’t believe it happened. Hoopsfix Elite was born in the late summer and pulled off a memorable victory over California Basketball Club at the Copper Box.

While the result was stunning, perhaps the biggest thing was seeing such large numbers in the crowd for a junior game in the UK, and also seeing the long queues to get in and subsequent mad rush for better seats once the doors opened.

But to think that LeBron James sat and watched his two sons Bronny and Bryce lose to a bunch of kids from Britain LIVE on national TV – bonkers. Quinn Ellis, Michael Belle and Sultan Adewale all stood out in the victory as Hoopsfix Elite prevailed 81-74.

Jeremy Sochan gets drafted by the Spurs

What a moment for Jeremy Sochan. A top-10 pick in the NBA after being drafted 9th overall by San Antonio Spurs. The one-year college standout impressed at Baylor; enhancing his reputation on the defensive side

Forget all the back-and-forths over nationality status, this was a big moment for British basketball. A lot of players would have seen and played against Sochan during his time in the UK and now have someone to aspire to in hope of making the same dream come true.

It was the icing on the cake when a month after being drafted, Sochan returned to the UK and made an appearance at the NBA 3X at Clapham Common, interacting with fans and getting dunked over by UK dunk legend Joel Henry.

The hometown hero Myles Hesson FOR THE GOLD. An unbelievable finish to the 3×3 tournament as England’s men captured gold with the quartet of Orlan Jackman, Jamell Anderson, Kayne Henry and Hesson

It was almost a double golden triumph, too, as the Women’s side came up short in their final and had to settle for an impressive silver medal. Cheridene Green, Chantelle Handy, Shanice Beckford-Norton and Hannah Jump produced some great moments during their run and made it onto the podium – just as England’s Women had done at the 5-on-5 event in 2018.

London Lions’ women qualified for EuroCup Women with an impressive two-legged victory over Spanish side Gran Canaria on debut and then made it to the playoffs in dramatic fashion. Mark Clark’s side then pulled off a stunning result against eventual winners Bourges in the first leg.

The Lions are still unbeaten (4-0) at Crystal Palace in European competition having also beaten Roche Vendee and ESBVA this season. They face a repeat matchup with ESBVA in the playoffs to open 2023.

London also entered their men’s team into EuroCup for the first time and became the first British side to win in the competition for over a decade. Big moves were made in preparation headlined by GB duo Ovie Soko and Luke Nelson and the Lions have been competitive in their debut campaign with a chance to make it into the post-season after 18 weeks of the regular season.

Two of GB’s greatest ever players bowed out on top in different circumstances this year. Jo Leedham-Warner retired after being crowned WBBL MVP after playing a major role in London Lions’ dominant success, while Dan Clark retired after becoming the all-time cap leader for the GB Senior Men during a disappointing campaign at FIBA EuroBasket 2022 as the team lost all five games with little preparation.

Both players gave everything for their country despite all the difficulties off the court and had some of their finest moments in a national team jersey having both competed at the 2012 Olympics in London. 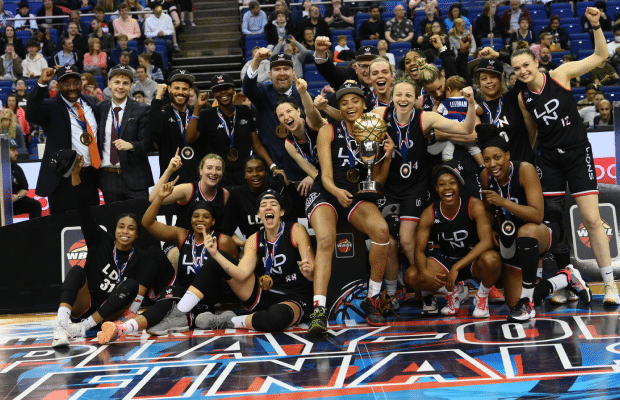 London Lions completed the clean sweep of all four WBBL trophies in 2022; starting with the Cup title back in January and culminating at The O2 with the playoffs. Azania Stewart, Holly Winterburn and Kennedy Leonard all collected finals MVP awards with Jo Leedham-Warner named league MVP for the season.

The Lions won every game possible on the domestic front and take their record unbeaten streak of 47 consecutive wins into 2023 as they look to add to their growing collection of silverware.

If it wasn’t enough completing a perfect season in the WEABL, the majority of that Under-19 roster went and won a league and playoffs double at senior level. CoLA were the runaway WNBL Division 1 league champions, but were pushed all the way in the playoffs final before securing a 55-53 triumph over Solent Kestrels. The likes of Isi Ozzy-Momodu, Molly Lavin, Funmi Amode and Emilie Black all departed to the US on the highest of highs after creating more history for the programme.

Crandall takes over Cup final for one of three MVP awards

2022 was definitely the year of Geno Crandall, helping lead the Riders to yet another treble with a string of MVP displays. Crandall was set to return to Leicester for a third season but was lured to Germany in pre-season. The American put on a number of stylish performances in the BBL, starting the year with a big display in the Cup final before rounding out the season at The O2.

S/O to Jim Bennison MBE, who founded Stockport basketball club in 1963 and at 90 years old, was still there courtside to celebrate their National Cup victory this weekend! 💚🇬🇧🏀 pic.twitter.com/9XAr3aW2ay

Stockport Lapwings captured the Women’s National Cup title with victory over Solent Kestrels at the start of 2022. The WNBL D2 side capped a brilliant run in the competition as Jade Butters top scored with 26 points along with eight rebounds and seven assists in the win – to the delight of founder Jim Bennison, MBE.

MK Breakers are doing their own giant-killing this season with the NBL Division 3 club having beaten three D1 teams en route to the semi-finals of the National Cup. 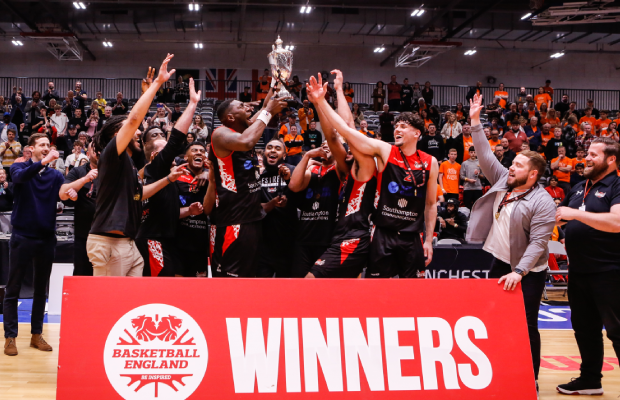 Solent Kestrels completed a treble, capping one of the most dominant four year stretches in NBL Division 1 history.

Cole Gentry’s clutch lay up proved to be the difference to secure a 2-point win in the Playoff Final to go with their league and National Cup titles.

They announced in the off-season a restructure that sees a new look programme this season which is not expected to see the same level of success (they currently sit 8th in the table), but no-one will be able to take away their dominance over the past few years. 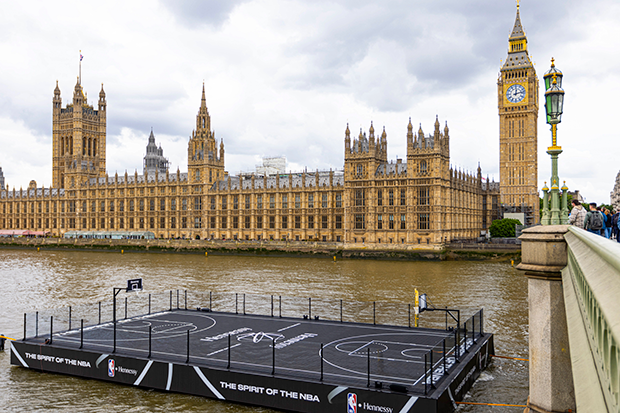 Imagine floating a basketball court down the River Thames and then hosting a tournament on it? Sounds ridiculous but that is exactly what Hennessy did in June.

The collaboration between Hennessy and the NBA was in celebration of the NBA’s 75th Anniversary Season and the 2022 Finals – Taiwo Badmus ended up taking MVP honours in the tournament for winners, Bone Soda.

US College hoops comes to London 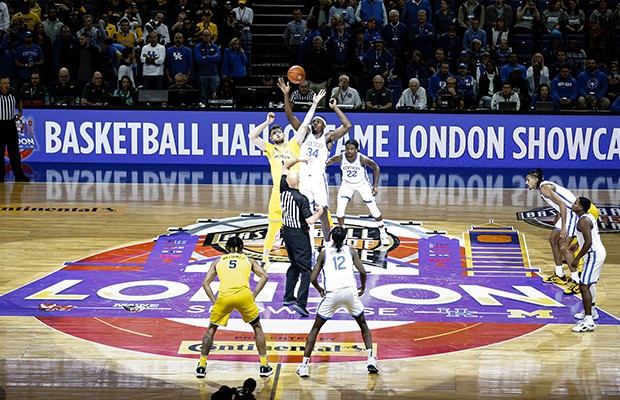 Never has there been a year like 2022 that has seen no less than 8 NCAA Division 1 college basketball programmes compete in the UK.

At the end of November, the London Basketball Classic took place at the Copper Box – with the UK’s very own Tosan Evbuomwan taking home MVP honours as Princeton took the title, while the week after, Kentucky and Michigan came to town as part of the Basketball Hall of Fame London Showcase at the O2 Arena, also featuring Marist and Maine with the UK’s Gedi Juozapaitis.

Long may it continue.

Play of the Year: Fatz wins it at the buzzer

Janneh from the logo, then the steal/finish FOR THE WIN!

This was unbelievable viewing. Down three with nine seconds left, Janneh pulled up from half court to tie the game in incredible fashion before coming up with a steal and converting the game-winning layup just before the buzzer to complete the most extraordinary victory for the GB Under-18s.

What was your top British basketball moment of 2022? Anything we’re missing? Let us know in the comments!