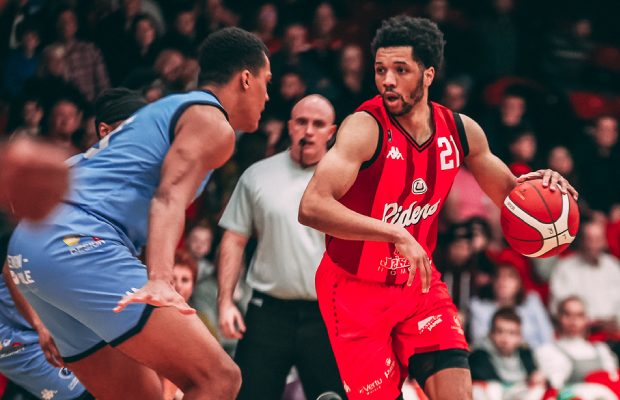 Leicester Riders and London Lions will go head-to-head in next month’s BBL Cup final to contest the season’s first piece of silverware, in Birmingham.

Just as they did in the WBBL, the two clubs made it through the semi-finals this week as London defeated Bristol Flyers 79-97 on Monday before Leicester overcame Caledonia Gladiators 89-68 on Wednesday.

Rob Paternostro’s side are the defending Cup champions and they advanced to their fifth final in the competition with an impressive home display.

Marc Loving top scored with 18 points with Patrick Whelan just behind with 17, while Zach Jackson posted a double-double of 14 points and 10 rebounds. Aaron Menzies almost had one of his own off the bench after contributing nine points and 10 boards to the win.

The Riders raced out of the blocks with a 30-13 opening quarter and never looked back – leading by as many as 22 in the contest. The visitors kept things tight in the second before outscoring Leicester 23-16 in the third, though they would end up running out of steam to prevent any potential comeback.

Meanwhile, it was also a convincing win for 2019 winners London as they too made a red-hot start on their way to recording another success over the Flyers – having beaten them in the league on Friday.

Greek veteran Kosta Koufos led the way with a game-high 24 points with Sam Dekker netting 20 in the win that also saw a debut for Jordan Taylor with 13 points and six assists.

The Lions led from start to finish having silenced the home crowd with a 32-13 opening quarter effort. Bristol battled to the end with four players in double figures, but were unable to make it back to the final for a second time.

Leicester and London met in last season’s playoffs final at The O2 Arena and will battle it out for another title in Birmingham on 29th January.