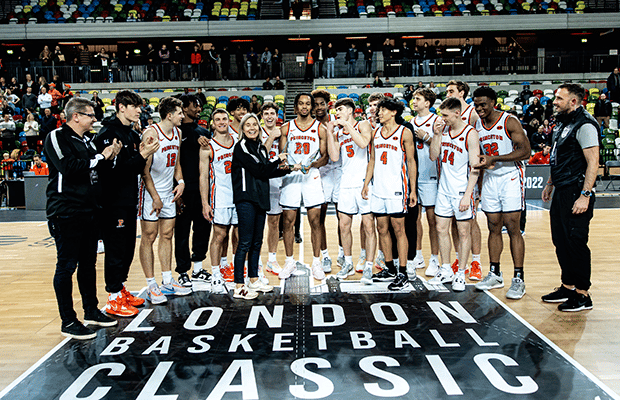 Princeton were crowned the 2022 London Basketball Classic Champions with Brit Tosan Evbuomwan picking up tournament MVP after defeating Northeastern, 56-54 in the final on Saturday at the Copper Box Arena in London.

Trailing by 9 with a little under 7 minutes to play, Princeton reeled off a 12-0 run to take control including a pair of big buckets from Evbuomwan who took a while to get going, as the Tigers held on down the stretch to improve to 4-2 on the season.

“We were really bad for 35 minutes of the game,” Princeton Head Coach Mitch Henderson said afterwards. “It was an ugly game, but really I’m so pleased and we finally got Tosan going at the end. Our defence saved us, we couldn’t score. I’m really pleased, this is a first class event, I can’t wait to tell other people about it, this is really a cool thing to be able to be here.”

Evbuomwan – who was playing for Princeton in front of friends and family for the first time at the tournament, finished with 13 points, 2 rebounds, 1 assist and 1 block, while Senior Ryan Langborg led the Tigers with 17 points on 6-for-11 shooting along with six rebounds, a career-high five steals, a career-high three blocks and two assists. 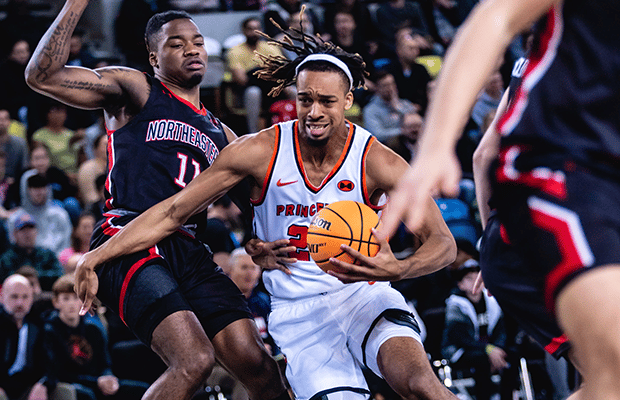 Northeastern were led by 18 points from Jahmyl Telfort, with Alex Nwagha having 10 points and 17 rebounds before fouling out.

Manhattan battled back from as many as 15 down to pull out a 72-71 win over Army to seal third place in the London Basketball Classic.

“Tonight, we handled adversity very well,” said interim Manhattan head coach RaShawn Stores. “We fell short on Thursday, and today, we learned from that. We know it is part of the process. I am very happy with this team.

“This was a great experience. We got to learn about ourselves and about the culture in London. That is how you grow in life, share knowledge.”

The Jaspers were led by Josh Roberts’ 17 points and nine rebounds, while Coleton Benson finished the night with a game-high 20 points to pace Army West Point.