Jeremy Sochan taken by San Antonio Spurs as the 9th pick in the 2022 NBA Draft - Hoopsfix.com 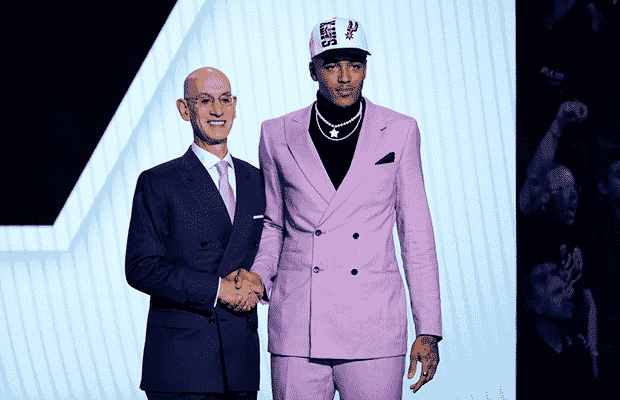 Jeremy Sochan was selected by San Antonio Spurs as the 9th pick of the first round in the 2022 NBA Draft, in Brooklyn.

The 19-year-old prospect was invited to be in the green room to hear his name called with Sochan becoming the first homegrown Brit to be selected in the Draft since Ryan Richards was taken in the second round by San Antonio Spurs back in 2010.

Sochan averaged 9.2 points and 6.4 rebounds per game in the 2021-22 season with Baylor – earning the Big-12 Sixth Man of the Year award before declaring for the Draft in April.

The defensive specialist grew up in Milton Keynes before representing Itchen College at junior level along with the Solent Kestrels; also competing at the Hoopsfix All-Star Classic in 2019.

Check out the Pre-Draft timeline, HERE.

Related ItemsFeaturedJeremy SochanNBA
← Previous Story Jeremy Sochan NBA Pre-Draft Timeline: What the Web is Saying
Next Story → Jeremy Sochan: ‘Spurs are a great fit for me’