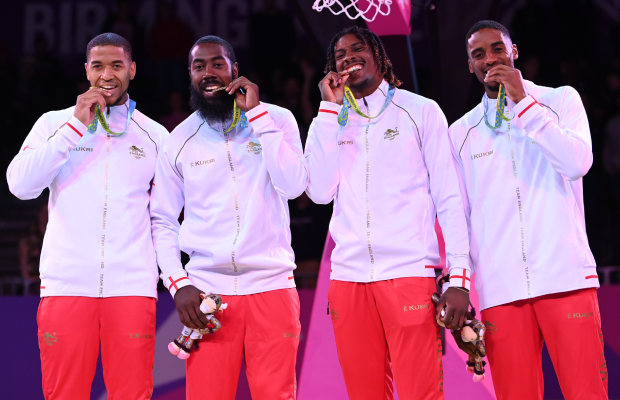 Myles Hesson knocked down the game-winner in overtime in the 3×3 final as England’s Men won the gold medal at the 2022 Commonwealth Games, on Tuesday night.

In the most dramatic of finishes, the Birmingham native struck gold to secure a thrilling 17-16 triumph over Australia after Orlan Jackman’s rebound set up the opportunity for the win.

England were 5-3 behind early on, but the gap was never larger than two points in a tense encounter. Each time the hosts went behind, they responded as two scores from Jamell Anderson helped tie the game at 11-11 as the clock ticked under two minutes to play.

Australia’s Tom Wright drove his side into a 14-13 advantage before Kayne Henry hit a huge two-pointer – having earlier missed a pair of free throws – only for overtime to ensue in a 15-15 finish to regulation.

Jesse Wagstaff put the Aussies ahead in the race to two points in the extra period, but they missed the chance to win from outside and Jackman’s tipped rebound found its way to Hesson in the corner and the GB star made no mistake to seal the win to spark jubilant scenes.