Collins excited for Bunyan, Roy to continue development with Archers 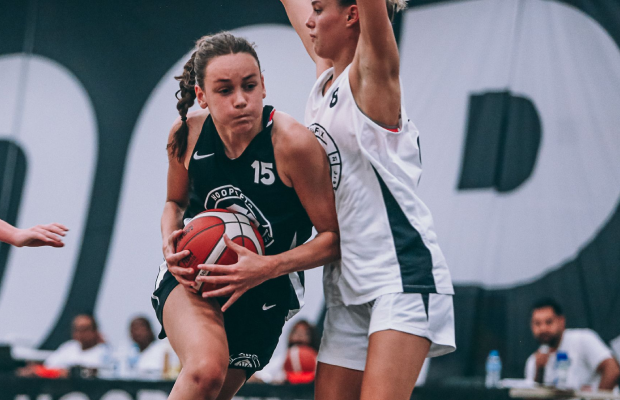 Cardiff Met Archers have continued to assemble their squad for the 2021-22 season with junior duo Issy Bunyan and Carys Roy earning the opportunity to be part of the WBBL roster.

Bunyan – who was the sole representative in the Under-19 Women’s Game at #HASC21 – made 17 appearances in the league last season with Roy appearing in 10 league games, whilst impressing in WNBL Division 1 action.

And, head coach Stef Collins is looking forward to the duo continuing to improve with the club.

“Issy and Carys have grown so much over the past season and their talent continues to shine through,” said the play-caller in the release.

“The opportunity to play in the WBBL will, of course, further their development with the calibre of players and teams across the league. Both love the game, show great commitment and a willingness to learn and work hard, all of which are important elements for a player to develop during their basketball careers and beyond.”

2004-born Bunyan is a versatile forward that adds to the depth for the Archers with Roy – 2005-born – adding size inside and able to learn from the likes of Mara Marchizotti.

The Argentine international is one of four other returnees for the club with Kim Kheing, Shannon Hatch and Laura Shanahan all back for another season.