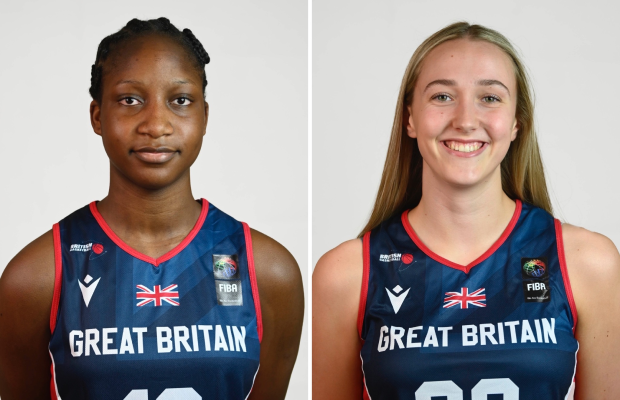 GB Under-18 Women’s duo Fatmata Janneh and Carys Roy are both Division 1 bound after signing letters of intent with Saint Peter’s.

Janneh and Roy were international teammates this past summer and will link up head coach Jen Leedham with GB legend Jo Leedham-Warner also part of the coaching staff.

Janneh (’04-born) averaged 8.4 points and 7.3 rebounds per game for GB Under-18s and has been a dominant performer at WNBL D1 level with Barking Abbey.

Meanwhile, Roy (’05-born) posted 7.2 points and 7.2 rebounds across five appearance at the European Championships and also competed at the FIBA 3×3 Under-18 World Cup – playing alongside fellow Welsh starlet Issy Bunyan as the duo continue their development at Cardiff Met Archers.

Both players also suited up in the Under-19 Women’s game at the 2022 Hoopsfix All-Star Classic.