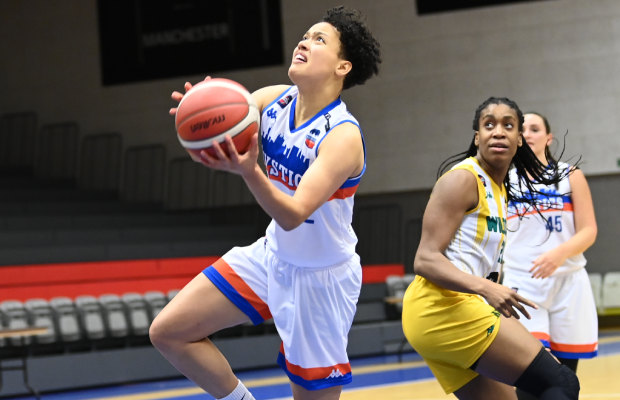 Ebony Horton is swapping Manchester for the North-East after signing with Newcastle Eagles ahead of the 2021-22 WBBL season.

The 22-year-old has been part of GB’s 3×3 squad at the Under-23 Nations League this week, alongside Paige Robinson, Loren Christie and Katie Bennett.

Horton made six league appearances for the Mystics last season with 9.0 points per game in 21.6 minutes per outing with a season best of 18 points coming against Cardiff Met Archers, in December.

“This Newcastle team can achieve anything they want,” said Horton, via release. “As long as we’re all on the same page, working towards a common goal and having fun in the process we can make real progress.

“Coach Chris Bunten knows the kind of team he wants to create when you look at the players he’s bringing in.

“It will be a high-energy roster with players who are eager to grow and develop whilst having fun and enjoying the game.”

Horton links up with the returning Abby Lowe, while fellow 1999-born junior internationals Anna Popovic and Jessica Eadsforth-Yates are understood to have joined with official announcements to follow.