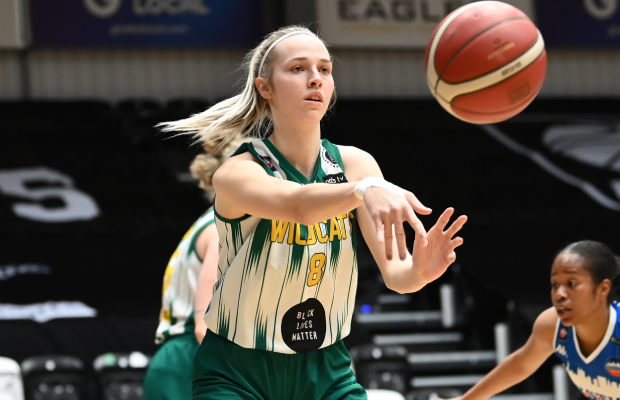 Tia Freeman has joined Essex Rebels for the upcoming 2021-22 WBBL season with five years of experience in the league already at the age of 21.

The 2000-born guard has spent the past two years at Nottingham Wildcats following three seasons with Oaklands Wolves as a teenager in the top-flight.

Oaklands ➡️ Nottingham ➡️ @EssexRebels@tiafr33man on the move with five years of experience in the @WBBLofficial!#BritishBasketball pic.twitter.com/K0zGZ6pJnT

Freeman battled with injuries last season and finished with averages of 8.3 points, 3.5 rebounds and 3.4 assists per game in 13 league appearances having also been a runner-up in the WBBL Trophy.

The former junior international has already amassed over 700 points in the WBBL Championship to sit amongst the top-25 in the all-time charts and now joins the Rebels, whilst continuing her studies in pursuit of a Master’s.

“I’m really excited to start my new journey at Essex,” said Freeman. “I felt that the combination of undertaking my Master’s at university and playing for the club was the right fit for me.

“I feel that the team will be able to challenge for silverware this year and develop me as a player. I’m looking forward to starting this new chapter under the guidance and leadership of head coach Tom [Sadler].”

The Rebels also announced the return of Angel Waithe with the American set for a third season with the club – already their all-time leading scorer.