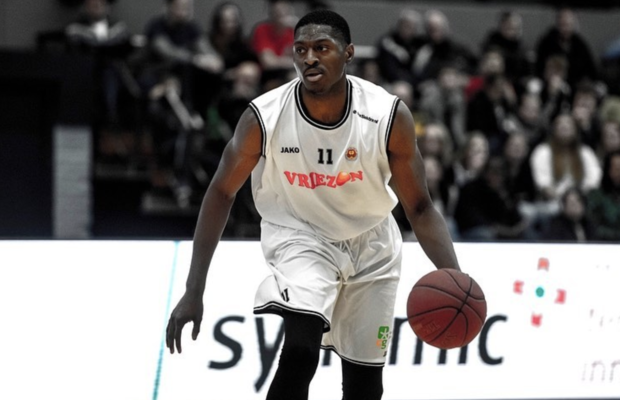 Sam Idowu will head to Denmark for his second season as a pro after signing with Naestved for the 2020-21 campaign.

The former GB Under-20 played his rookie year in the Netherlands at Leeuwarden – averaging 16.3 points, 7.7 rebounds and 1.0 blocks per game in 21 league appearances.

Congrats to @Motivated_Sam who has signed a 1-yr contract with Naestved in Denmark's @basketligaen for 20-21 season! The @PeacocksMBB product is coming off his rookie campaign w/ Leeuwarden in the Netherlands where he was top 10 in league in pts (16.3), rebs (7.7) & blks (1.0). pic.twitter.com/xZgMuFgJfA

Idowu spent four years at NCAA DI school Saint Peter’s having started all 32 games in his senior year with averages of 11.0 points and 5.6 rebounds, whilst passing 100 career blocks.

The 23-year-old helped his team win the CIT post-season title in 2017 having received his first national call-up the previous summer with the New York-born forward making the GB Under-20s roster.

Naestved had a 13-11 record in the top-flight before the season was ended due to the coronavirus pandemic with Bakken Bears named champions.

Check out our Pro Brits tracker to see where they’ve signed overseas, HERE.