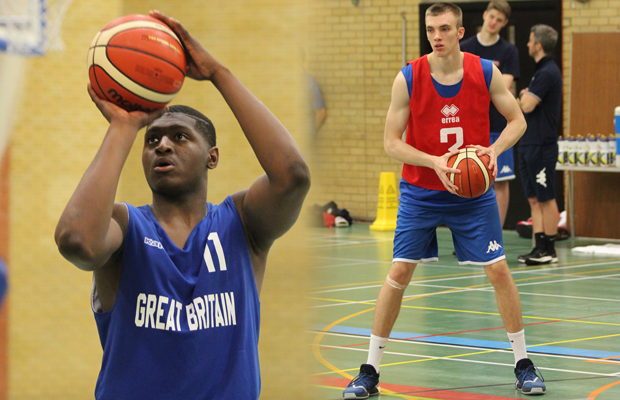 Myerscough College’s George Darling and Saint Peter’s University forward Sam Idowu are late additions to the Great Britain Under-20 Men’s squad that opened up training camp at the University of Essex in Colchester this week.

The 6’9″ Darling, who has signed with Weber State for next season, played NBL Division 1 with Lancashire Spinners this season, along with EABL runners up, Myerscough.

Meanwhile, Idowu, a 6’7″ 1997 born big man who grew up in Brooklyn, New York, is a British passport holder and averaged 1.7 points and 1.2 rebounds per game in 24 games off the bench this season for Saint Peter’s.

Additionally, Malik Eichler, the German born seven footer, has withdrawn from playing this summer following his signing with University of Detroit.

Prior to heading to Greece for the FIBA U20 European Championship Division B, the GB U20s will compete in a warm-up tournament in Portugal between Friday 01 July and Monday 04 July, when they will also face Sweden and Belarus. They will then step out for further friendlies against host nation Greece and Portugal prior to the start of the U20 tournament in Chalkida.

Dwayne Lautier-Ogunleye is the only other player currently not at camp from the initial 22 player list, as he will join the squad on their return from Portugal on July 5.

Four players will be released from the team this afternoon, another three will be released tomorrow taking the squad to 16, but only 12 will travel to Portugal on Friday for the warm up tournament.