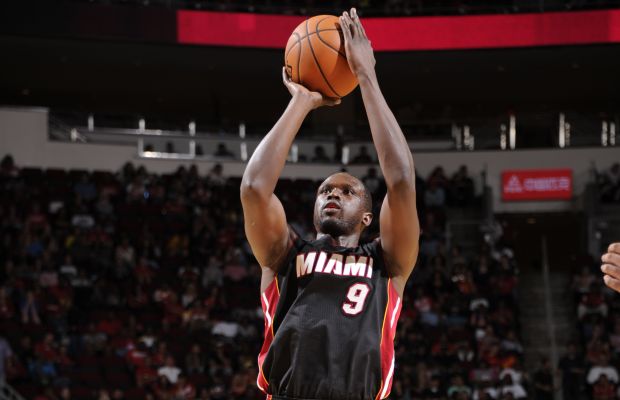 Here is our latest Brits Abroad round-up as we check in on the top Brits flying the flag overseas:

Luol Deng enjoyed one of his best performances of the season after guiding Miami Heat (14-9) to a 100-88 win on the road at Atlanta Hawks after contributing 18 points, nine rebounds and four assists. The 30-year-old also had a 15-point haul in a comeback win against Memphis Grizzlies the night before as he hits top form again following a spell out with injury.

Former NBA-forward Joel Freeland made his season debut in the Euroleague and finished with 11 points and six rebounds in 18 minutes as CSKA Moscow ran out convincing 94-66 group win. The 28-year-old then added four points and five rebounds in an emphatic 92-48 league win in the VTB.

Matthew Bryan-Amaning had another huge game for Soles (18-1) in Mexico after pouring in 27 points to go with six rebounds in a 104-96 victory to keep his side flying at the top of the LNBP. Chris Caird was back to dropping 30 points in Iceland after netting five triples as well as adding nine rebounds and four assists, although FSU (2-8) fell to a 96-103 defeat against the league leaders.

In Germany, Gabe Olaseni finished with four points, three rebounds and two assists as Giessen 46ers (5-6) were comfortably beaten by Euroleague side Bayern Munich in German BBL action. Nigel van Oostrum dished out eight assists as Leeuwarden (4-6) claimed a 71-73 win in the top-flight in the Netherlands, with Ali Fraser also contributing seven points and six rebounds in the win.

Dan Clark scored three points in an 82-75 win for Andorra (5-5) in Liga Endesa, while Andrew Lawrence also scored three points in 14 minutes as Gipuzkoa (0-10) still await their first league win. In LEB Gold, Ben Mockford netted eight points in an 85-75 defeat for Caceres (4-8) as their slump continues, while in LEB Silver, Mo Soluade scored 10 points although his Clinicas Rincon (4-7) side were beaten 63-74 at home to Araberri (6-5) with Joe Hart scoring six for the victors.

Meanwhile, Ogo Adegboye made his debut with Italian Serie A side JuveCaserta (4-7) as they were beaten 70-86 at home. Elsewhere in Italy, Ashley Hamilton posted a double-double with 19 points and 10 rebounds in a 79-87 loss for Matera (2-10), while Will Saunders contributed nine points to a comfortable 95-50 victory for Novipiu Casale (8-4) in Serie A2.

Check back every Tuesday for the latest Brits Abroad round-up!