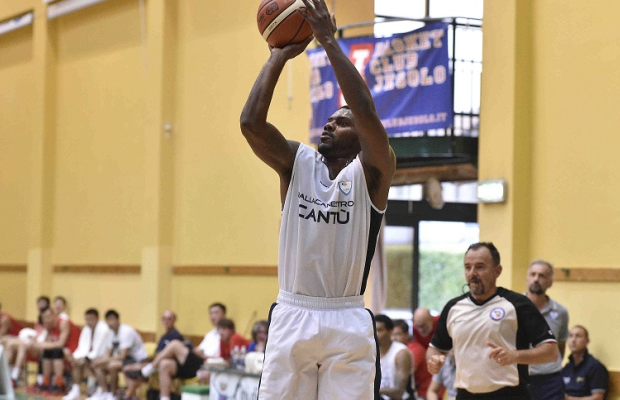 Kyle Johnson has joined Pallacanestro Cantu having spent pre-season with the Italian Serie A side.

The 26-year-old joins fellow Brit Ogo Adegboye in the top-flight in Italy with Adegboye recently signing with JuveCaserta.

Johnson finished last season in Italy with Serie A2 side Angelico Biella, where he averaged 10.8 points per game along with 5.1 rebounds in nine outings.

The shooting guard also had a stint in his native Canada with the Brampton A’s in NBL action – helping them reach the playoffs after averaging 13.7 points in 19 games.

AV Cantu had current LA Lakers forward Metta World Peace on their roster last season, and are currently 10th in the Serie A standings with a 4-6 record.