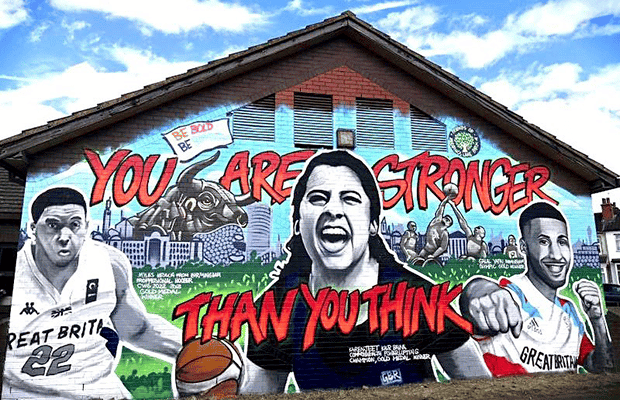 A mural featuring Myles Hesson has been unveiled in his hometown of Birmingham following on from his gold-medal winning performance at the Commonwealth Games 3×3.

The mural at Reddings Lane Park is accompanied by the caption ‘You are stronger than you think’ and features his fellow hometown heroes in Commonwealth Games powerlifting champion Karenjeet Bains and Olympic boxing Gold medalist Galal Yafai.

“I want to say a big thank you to everyone involved,” Hesson said in a video on Instagram.

“It’s such a huge honour to be represented in this way in my hometown. I hope that the Commonwealth Games was as inspiring as it was entertaining and hopefully we can see more athletes from the city competing and winning medals in the future.”

A post shared by Friends of Reddings Lane Park (@friendsofreddingslanepark)