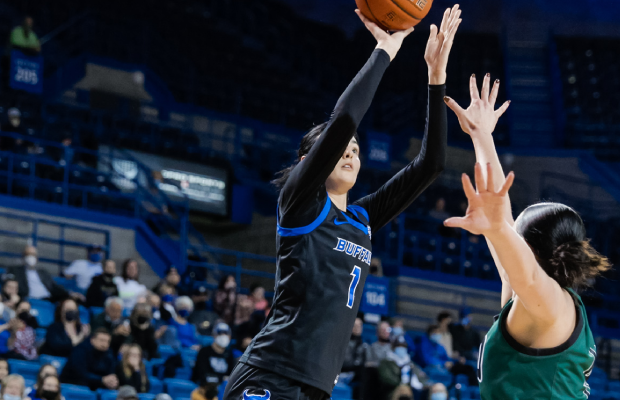 Loren Christie is the latest Brit headed to the NCAA Tournament after helping Buffalo win the MAC Championship title, on Saturday.

The junior started in the 79-75 victory over number-5 seeds Ball State with a point and three rebounds in 14 minutes of action.

LET'S PUT ON THOSE DANCING SHOES THE BULLS ARE MAC CHAMPIONS!!#UBhornsUP pic.twitter.com/a43FKqsorm

Christie averages 5.5 points and 4.4 rebounds on the season with a best of 14 points in February as part of three double-doubles in the campaign.

Buffalo have a 25-8 record on the season having gone 16-4 in conference play as they finished as runners-up behind Toledo, who were beaten by Ball State in the post-season semi-finals.