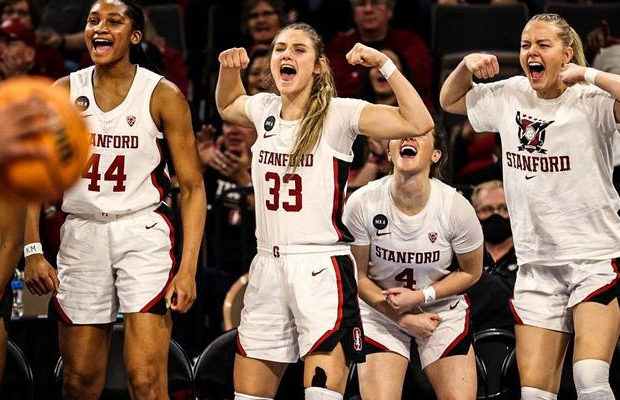 Hannah Jump celebrated more success at Stanford after they made it back-to-back PAC-12 Championship titles.

The junior forward hit a three in 15 minutes of action in the Cardinal’s 73-48 triumph over Utah as the defending NCAA champions head into March Madness with more silverware under their belt.

Stanford went 16-0 in conference play with an overall 28-3 on the season as they secured another regular season title.

Jump is averaging just shy of 10 points per game with a best of 21 points coming on three separate occasions during the season. The former England junior international is also shooting above 40% from three-point range having hit seven in a game against Maryland in November.

Stanford will find out their seeding as part of the selection process for the NCAA Tournament, on Sunday.