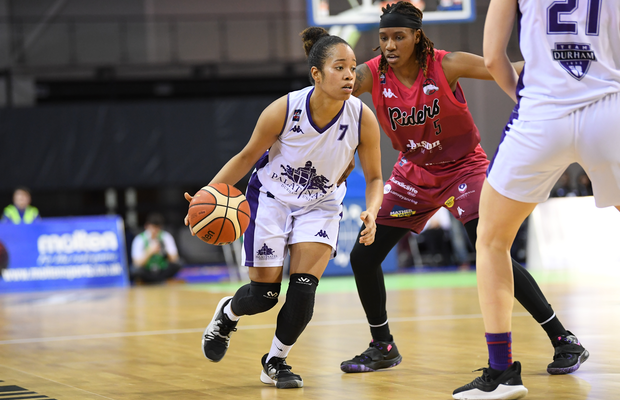 The GB guard will suit up for her third different club in the WBBL having spent two seasons with Durham Palatinates after three years at Team Northumbria.

Fong Lyew Quee put up 19.2 points per game during her first season with Durham in 2017-18 – finishing with a career best of 36 points in the final game, against Oaklands Wolves.

The 28-year-old spent a year overseas after signing with Ferrol in Spain’s top-flight before returning to Durham last season with averages of 11.8 points, 3.9 rebounds and 3.9 assists per game in the league, whilst helping her side to the Trophy final.

Fong Lyew Quee has become a regular amongst the GB Senior Women’s setup and featured in the final 12 of the squad that competed in the Olympic Qualifying Tournament in Belgrade, Serbia, earlier this year.

In 2018, Fong Lyew Quee won a silver medal at the Commonwealth Games in the Gold Coast alongside Mystics team-mates Georgia Jones and Dom Allen.