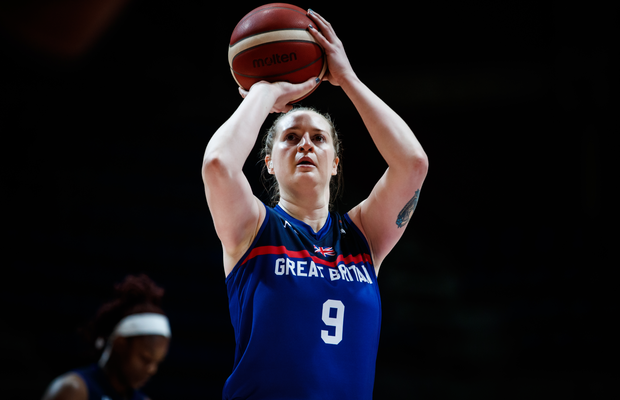 Hannah Shaw has returned to the WBBL for the upcoming season after signing with Manchester Met Mystics.

The GB forward spent last season in Italy before the coronavirus pandemic ended the campaign early, having averaged 9.2 points and 7.5 rebounds per game in 19 league appearances for Sarcedo.

“I’m so happy to be back in Manchester playing for the Mystics,” Shaw told Hoopsfix. “It’s great to be around so many good people and so many of my friends.

“We’re looking good and I know we can do some damage in the WBBL this year, so that is really exciting.

“After 6 months with no basketball, I’m just happy to be back on the floor and competing.”

Shaw previously spent two seasons in the WBBL with Nottingham Wildcats before joining Team Northumbria for the 2017-18 campaign – recording a best of 17 points against Durham Palatinates.

Shaw re-unites with international team-mates Georgia Jones, Nicolette Fong Lyew Quee and Dom Allen with the four all part of England’s squad that won silver at the Commonwealth Games in 2018.

The Mystics have also brought back Rheanne Bailey and Vanessa Akra as well as junior Holly Bryan to go with American rookie Sophia Song and Welsh forward Tanisha Walker on their 2020-21 roster.