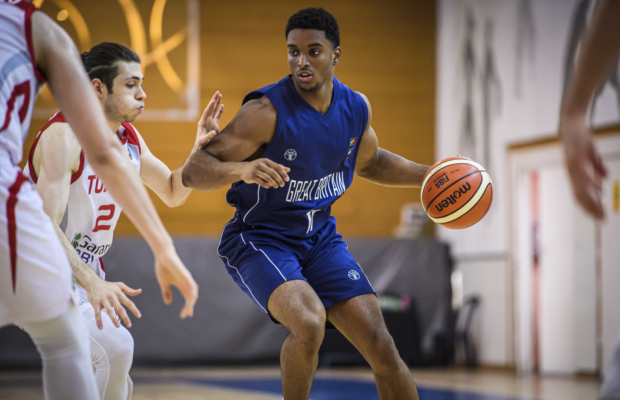 The British Basketball Federation has revealed the squad list for the Great Britain Under-20 men, with the players that were in contention for 2020 European Championships, which have been cancelled due to COVID-19.

The Under-20s were to be coached by Alan Keane this year. Jacob Round, Nathan Robinson, Hosana Kitenge, Kareem Queeley (pictured above), and CJ Hayden are all named for a second year with the U20s after representing last summer as younger generation players