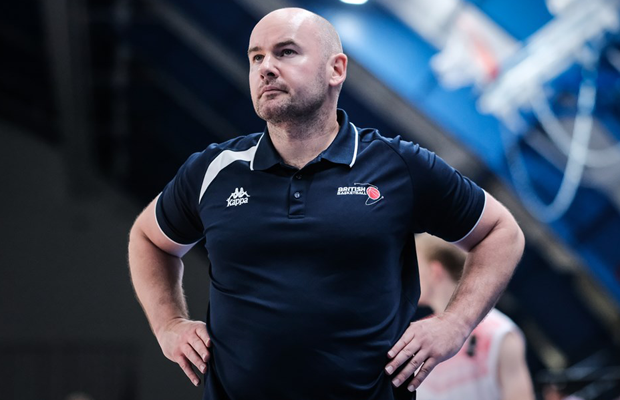 Alan Keane, Craig Nicol and Troy Culley will head up the Great Britain Under-20, Under-18 and Under-16 boys programmes, respectively, for the 2020 European Championship campaigns.

Following a selection process jointly managed by the home country’s of England, Scotland and Wales, all three new coaches who have been appointed are no strangers to the youth programmes (find the women’s appointments here).

Alan Keane, currently head coach of Reading Rockets (NBL Division 1) and the JMA Rockets Academy makes the step up to the Under-20s, having previously been GB Under-16 and 18s head coach, and coached England at Under-18, 16 and 15 level and was England assistant coach at the Commonwealth Games.

Craig Nicol, from the City of Edinburgh basketball club, takes the helm of the Under-18s making the step up from an assistant with the GB Under-16s and has been to six European Championships with Scotland. He was Scotland’s assistant coach at the 2018 Commonwealth Games.

“I am delighted to be appointed as head coach of the programme,” Nicol commented. “I aim to build on the previous success of the 18s and continue to compete with the best teams in Europe. There is a strong group of talented players at this age group and it will be great to bring them together in the summer.”

“It has always been an honour to coach for England and I feel that every year I have been involved I have been able to progress,” he said.

“I have been extremely fortunate to be exposed to a number of invaluable coaching development opportunities both domestically and overseas [Myerscough competing in Europe; FIBA Europe Coaching Certificate; Masters in Elite Coaching Practice] that I feel have really helped equip me with the necessary tools to succeed at the next level.

“I am incredibly grateful to have the opportunity to lead the Under-16 Great Britain programme heading into the next European Cycle with the aim of building on the great work done in previous campaigns.”

All three coaches have previously coached at the Hoopsfix All-Star Classic.

The trio will now form part of the selection panel to appoint assistant coaches and team managers in early January, with further news on staff appointments and team schedules in February.