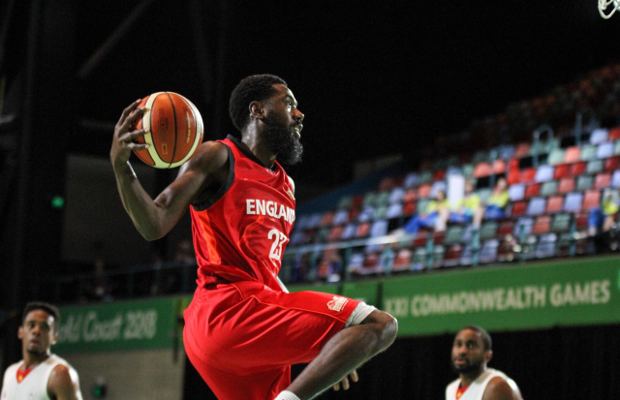 England’s medal quest at the 2018 Commonwealth Games came to an abrupt end with a 97-79 defeat against Canada, in Cairns, on Tuesday morning.

Andreas Kapoulas’ side had gone 2-1 in the pool stage in Townsville after beating India and Cameroon to advance, but they miss out on a place in the semi-finals.

Adam Thoseby led the way with a 22-point outing, while Kofi Josephs added 18 as the duo finish as England’s leading scorers at the games.

Canada set the tone with an 11-4 start as part of their 30-point opening period as England found themselves trailing by 18. The gap continued to grow in the second with England gifting their opponents points off turnovers and the deficit hit 29 points at 26-55.

England fought back in the second half through the scoring of Josephs and Thoseby – who had 12 in the third – with Shane Walker also moving to double figures as the lead was cut to 16 at 56-72. They poured in 32 points in the quarter with Canada taking a 58-77 advantage into the final quarter.

Another Josephs got his side back to within 16 before Canada hit back with an 8-0 response to fend off the England fightback and they were able to complete the win to set up a last four showdown with New Zealand.