Up to 20 Birmingham basketball courts to be renovated as part of CWG legacy - Hoopsfix.com 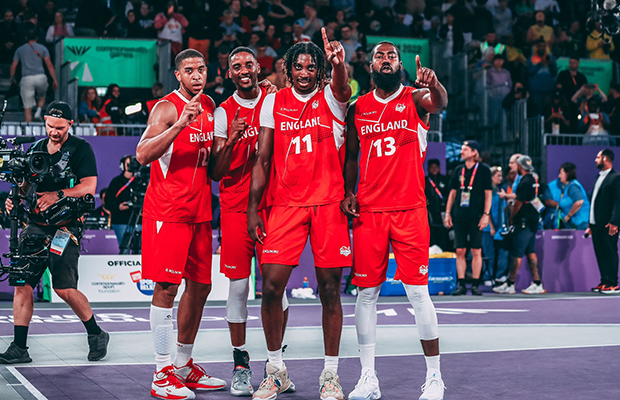 Basketball England, Birmingham City Council and Sport England have announced a partnership to create a legacy for grassroots basketball off the back of the inclusion of 3×3 at the Birmingham 2022 Commonwealth Games for the first time.

A significant financial investment – which is part of a £35million total pot invested into the games – will be made to develop 3×3 and 5v5 basketball participation opportunities by creating and enhancing up to 20 great basketball spaces in Birmingham to be enjoyed for generations.

Birmingham City Council and Basketball England, with support from Sport England and National Lottery funding, will be able to significantly bolster the basketball infrastructure in the city for local communities and the grassroots game, as well as providing the opportunity to take part in a range of 3×3 events – following on from England’s success at the Games.

The collaborative agreement is a major part of Birmingham City Council’s legacy strategy and is set to run over a 12-18-month period. It will also form part of Basketball England’s #ProjectSwish campaign, which was launched in 2019 to improve and promote local spaces to play outdoors.

“We are delighted to work in partnership with Birmingham City Council and Sport England to create new opportunities to play basketball in local neighbourhoods,” Basketball England CEO Stewart Kellett said. “The investment will give young people and adults the opportunity to influence the design of some amazing spaces to play basketball and involve the wider community. This is a start of a new momentum for basketball making it more visible and more accessible.”

“News of a basketball legacy plan, backed with financial investment, in my home city makes all the blood, sweat and tears my teammates and I put into our Birmingham 2022 campaign even more worthwhile.

“Ultimately, grassroots basketball is where the love for the game, and physical activity, is sown. It’s also the first stage to creating and moulding champions.

“We have inspired thousands of children and young people, and adults through our 3×3 performances and a high-level of interest in basketball is bound to follow once
the Commonwealth Games come to an end. It’s right we leave the next generation not only with great memories but high-quality basketball facilities to enjoy.”