England Advance to Semi-Finals with Victory Over Jamaica - Hoopsfix.com

England Advance to Semi-Finals with Victory Over Jamaica 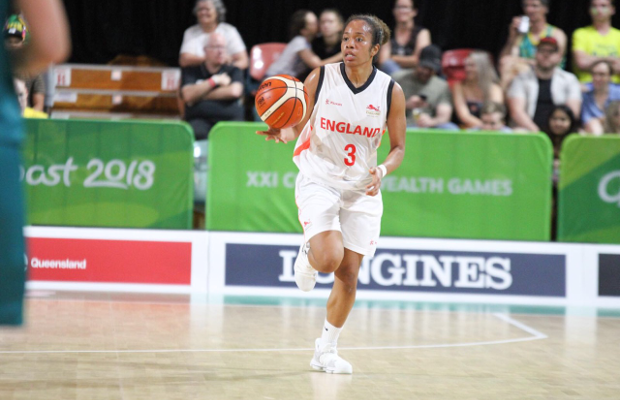 England produced a convincing 62-40 victory against Jamaica to advance to the semi-finals at the Commonwealth Games, on Tuesday.

Chema Buceta’s side bounced back from their heavy loss against Australia and will face Canada in the last four on Friday morning.

Rachael Vanderwal fired in 22 points with Chantelle Pressley the next leading scorer with 8 points.

England set the tone with a 9-2 start with Vanderwal scoring seven points in the quarter, helping her side to a 13-4 advantage. Both teams struggled to find their range in the second, but England continued the grow their lead to move 26-13 ahead.

Vanderwal continued to light it up for England, moving to 16 points in the third to make it a 35-19 advantage and the lead hit 19 points heading into the final period, at 48-29.

Jamaica rallied with an 8-2 start to the fourth, but England had already done enough and closed out the win to give themselves a guaranteed shot at a medal.