GB Under-18 & Under-16 Initial Squads Announced 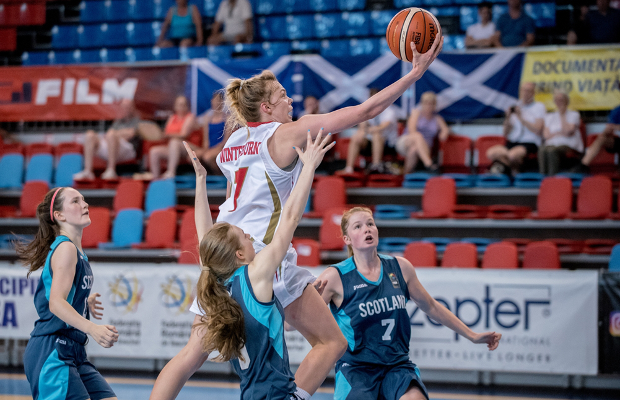 British Basketball have announced the preliminary squads for the GB Under-18’s and Under-16’s, involving all home nations, ahead of this summer’s European Championships.

Vanessa Ellis – who is currently in Belarus with the Senior side – heads the Under-18’s with Matt Harber in charge of the Under-16’s.

A combined 33 players from England have been selected with seven players from Scotland included in each of the junior squads.

Last summer, England met Scotland at the Under-16 European Championships where Holly Winterburn and Ruth Allison shone for their respective sides and now make the step up as team-mates in camp.

“This is such an exciting announcement to make,” said British Basketball Chief Executive, Lisa Wainwright.

“For the first time, the Under 16 and Under 18 teams will be competing in European Championships under a GB banner and flying the Union flag.

“The Home Countries have done their own talent identification processes and have nominated a wonderful bunch of young athletes to take part in the initial training camps.

“Thanks to Basketball England for managing the programme for these squads and good luck to everyone over the next few months.”

Emily Stradling and Sophie Evans are the only Welsh representatives in the Under-18’s squad, while there are no Welsh players included in the Under-16’s.

The Under-18’s compete in Division B in Dublin, Ireland from 4-13 August, while the Under-16’s head to Skopje, Macedonia for their Division B campaign from 17-26 August.