GB Make it Two Wins from Two in Minsk Tournament 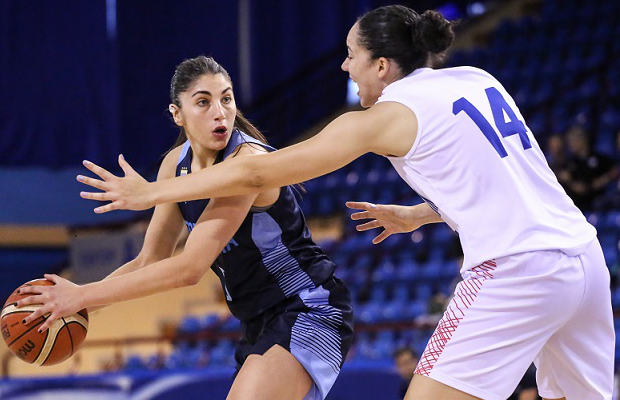 Chema Buceta’s side pulled away at the end of the first quarter and never looked back as they completed their second victory of the summer.

Chantelle Handy top scored with a game-high of 18 points, while Eilidh Simpson added 17 points from the bench on 5-of-6 shooting from 3-point range and Melita Emanuel-Carr had 14 points.

Another win for @gbbasketball in the Minsk tournament as they defeat Belarus U20s 62-78. @chan2211 w/ game-high 18pts. 🇬🇧🏀 pic.twitter.com/ockZeXQQaA

Erin McGarrachan opened the scoring having been inserted into the starting rotation, but both teams traded baskets in a fast-paced start to the game.

GB were 13-12 behind, but got going with a 15-1 run including four points for Hannah Shaw and two triples for Simpson to establish a double-digit lead.

Simpson added a third three early in the second and Emanuel-Carr followed suit to make it a 17-point advantage for GB at 18-35.

Handy scored five points in succession before the home side rallied with a stronger finish to the half with GB taking a 27-42 lead into the interval having shot 6/12 (50%) from 3-point range.

Emanuel-Carr was the first into double figures as GB started the second half on a 7-2 run to make it a 20-point gap. Belarus hit back with an 8-2 run, but the visitors finished the period back on top to lead 41-63 ahead of the fourth.

A 9-2 run from Belarus started the final quarter before Azania Stewart began to dominate the boards and Simpson netted a fifth triple from six attempts.

And, GB were able to complete the win to continue their winning momentum ahead of their final game.

Some images from yesterday's win as GB improved to 2-0 in the Memorial Cup. Argentina defeated Belarus (both 1-1). 🇬🇧🏀

Anna Brich led the hosts with 14 points as they suffered their second loss.

Note: There was one change to the starting lineup with McGarrachan coming in for Vanderwal (DNP) with Collins, Emanuel-Carr, Handy and Stewart keeping their places against their Under-20 opposition.

GB play their third and final game of the tournament tomorrow (Thursday) against the Belarus Senior side having lost 64-62 in a friendly clash on Monday.