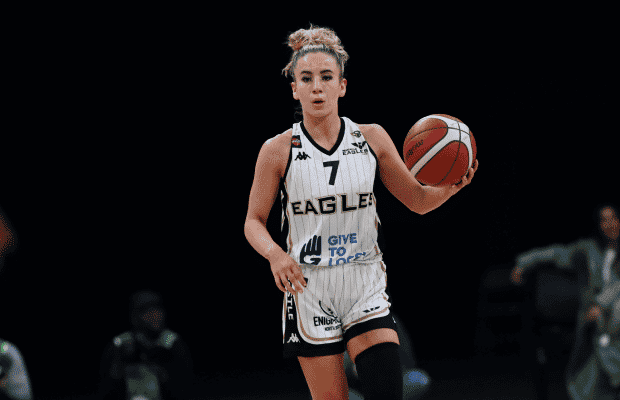 Jessica Eadsforth-Yates has been announced as the first confirmed summer signing for Gloucester City Queens ahead of their second season in the WBBL.

The 1999-born guard spent last season at Newcastle Eagles and was one of the league’s most improved players before departing the club just before the end of the league campaign.

Eadsforth-Yates returned to the WBBL having previously featured for Leicester Riders as a teenager before departing Stateside to begin a college career in the US.

“I am beyond excited to be joining Gloucester this upcoming season,” said Eadsforth-Yates, via release. “I truly believe in the vision of our coaching staff/ownership and feel we are building something special here.

“I look forward to bringing my skill set and leadership to the team and seeing where we stack up within the league table. I am confident that the group we are putting together will achieve the goals we have set out for the season.

“The future is bright for the Queens and I am grateful to be a part of it.”

The Queens now have Jimmy Bower as head coach and have also been linked with Leicester Riders forward Alison Lewis after missing out on the playoffs in their debut campaign.