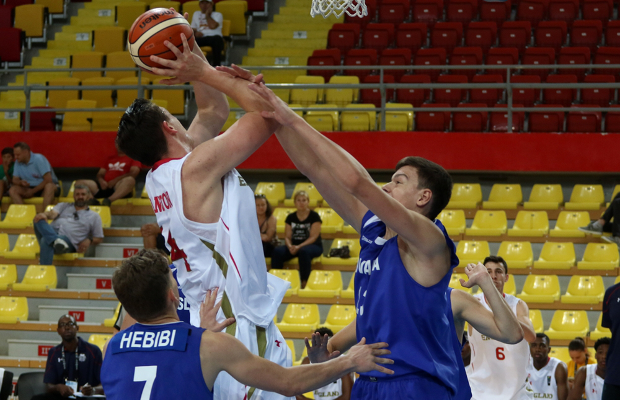 England Under-18’s picked up their first win at the European Championships in Skopje, Macedonia, after easing past Scotland with a 95-51 triumph on Tuesday afternoon.

Steve Bucknall’s side are now 1-3 in Group D and will most likely head into the 9th-16th Classification Round should they avoid defeat against Albania in their final game.

Mitchell’s triple capped a 13-4 start that included six points from Langton with England leading by as many as 13 points, before holding a 22-14 advantage at the end of the first quarter.

A 9-0 opening to the second stretched the lead further and went beyond 20 points later in the period with England taking a commanding 51-27 lead into the half-time interval.

Points continued to flow across the roster for England in the second half and they held their opponents to 10 points in the third whilst establishing a 69-37 lead.

There was no let up in the fourth as England poured in another 26 points on their way to completing a comfortable 44-point victory with 11 of the 12 players getting onto the scoresheet.