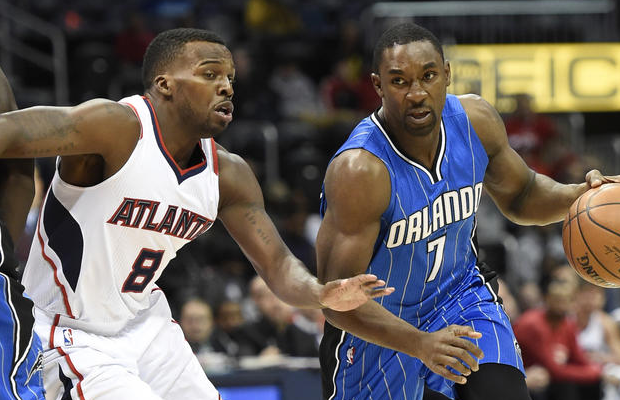 Ben Gordon has indicated his commitment to representing the Great Britain National team this summer, in an interview with ESPN.com.

The 33-year-old has not played competitively since being released by Golden State Warriors last October and has yet to make his international debut for GB despite being in the squad in three previous summers.

Last year, Gordon admitted his regret at not having played for GB, and suggests the time is finally right to put on the jersey having been named in an initial 24-man squad ahead of the crucial EuroBasket 2017 qualifiers – starting at the end of this month.

“There really hasn’t been a better time [than now] for me to play because I’m not with a team,” he revealed to ESPN.com.

“It’s just an opportunity for me to get out there and finally play with Great Britain – I look forward to that opportunity being that I’d never gotten that chance.

“I was supposed to play a couple of different times throughout my career, but things always popped up in the summer.”

The London-born guard averaged just shy of 15 points per game across 11 seasons in the NBA, and told ESPN that he still harbours hopes of making a return to the league.

“I would definitely love to get back in the league after being out for a year,” he said.

“I feel like I can still play at a high level and shoot that 3-ball and add that kind of depth to a team that may be looking to fulfill that need.”

Gordon was also asked whether he felt a sense of pride playing for GB with his previous withdrawals causing mixed reaction to his inclusion in the preliminary roster.

“I think there’s a sense of pride being born there, having family there,” he responded.

“It feels good to be able to have that opportunity to play where I still have family at and more so just to have a chance to put that jersey on because I never really had a chance to fulfill that commitment.

“So, I’m definitely looking forward to it.”

The lure of a return to the NBA may be a big factor, but GB will be hoping the faith they have shown in sticking by the former Sixth Man of the Year award winner will finally be rewarded.

Read the full Q+A with Gordon over at ESPN.com.