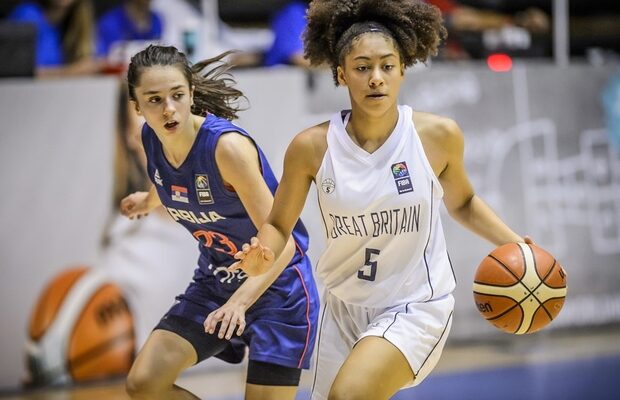 England will field two sides at Under-18 level as they take on Scotland and Wales in a newly-created Tri-Nations Tournament later this month.

A squad of 16 has been selected for the two-day event in Manchester from December 21-22 with a ‘Red’ team going up against a ‘White’ team as well as their home nations rivals.

“For England, we will use this tournament to look at a wider pool of players outside of those who we are monitoring on a weekly basis during their National League seasons,” said Basketball England’s Performance and Technical Manager Steve Bucknall.

Sevenoaks Suns and Oaklands College have three players selected each with two from Sheffield Hatters and Loughborough Riders, respectively.

Mbam, Sandie and Lilly Annim were also all part of the inaugural Under-19 Women’s game at the Hoopsfix All-Star Classic in Brixton back in June.

Sheffield duo Abbey Whitehouse and Zoe Kateregga are amongst the top scorers in the WEABL, averaging a double-double, while Sandie and Mbam feature in points and assists charts for CoLA and Manchester, respectively.