Itchen Quartet Head to US on Scholarships - Hoopsfix.com

Itchen Quartet Head to US on Scholarships 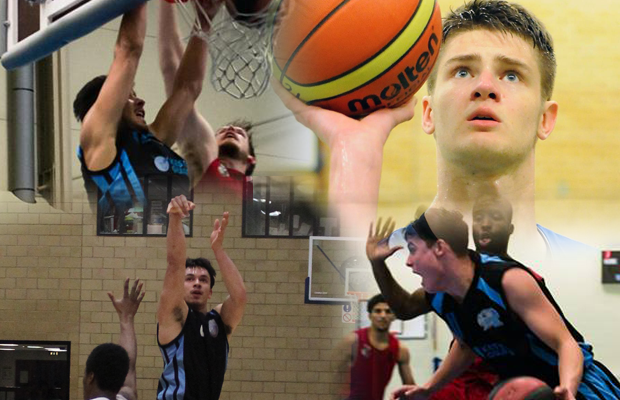 Four players from Itchen College and Solent Kestrels are U.S. bound next season after securing scholarships to continue their development.

Ben Maranan, Selby Hind-Wills, Harvey Barr and Theo King were key members of Itchen’s side that claimed the AoC Premier National Cup Championship and also made a run to the Final Four in the EABL.

1997-born Maranan averaged 18.5 points per game along with 4.2 assists for Itchen in the EABL and is moving to North Dakota to sign with Mayville State in NAIA Division 1.

The sharpshooting guard competed at the third edition of the Hoopsifx All-Star Classic in June and is looking forward to joining up with the Comets.

“I feel privileged to have been recruited by Mayville as it is such a great programme,” said Maranan.

Hind-Wills (’96) will also be playing at NAIA Division 1 level after joining Shawnee State University having averaged 12.1 points and 9.8 rebounds per game during the EABL season.

On his new recruit, Shawnee State Head Coach Jeff Hamilton said: “We are very excited about adding Selby into our basketball family.

“His personality and work ethic will allow him to fit in right away. His size, athleticism and versatility will allow Selby to have an immediate impact on our team’s success – I can’t wait to start working with him.”

Meanwhile, 6’11” centre Barr (’97) has signed with JUCO side Lake Region having recently been part of the initial Great Britain Under-20’s squad this summer, while King (’97) is heading to Florida prep school Arlington Country Day School.

Barr averaged 6.5 points and 8.5 rebounds per game in the EABL with King finishing seventh in the league in scoring with 17.8 points per game whilst also dishing out 4.0 assists.

Finally, Dan Hemingway, who played in the Under-19 game at the 2016 Hoopsfix All Star Classic, will be staying in England to attend Loughborough University.

Aside from making waves in the EABL, the quintet played a role in Solent Kestrels’ Division 2 title-winning season as the club gained promotion to the top flight in the NBL.

“I’m so proud of what our senior lead group has achieved this year,” said Itchen and Solent Head Coach Matt Guymon.

“Not only have they taken our programme/club to new heights in terms of success but they have also excelled academically. It is a testament to their heard work and dedication which has given them the opportunity to play basketball at a high level whilst getting a degree.”

Theo King will be joined at Arlington Country Day with Allerton High School/Leeds Force’s James Banton, who will also be making the jump across the pond for the 2016-17 season.

Hoopsfix wants to wish all six players the best of luck with the next step in their careers!