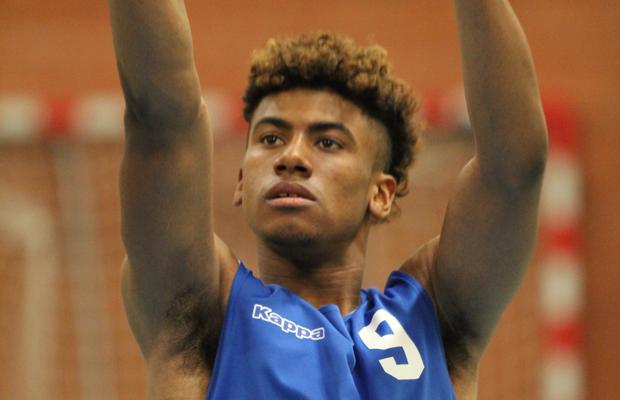 1997-born Andre Arissol is heading to Colorado next season after deciding to sign with Otero Junior College to begin his college career.

The GB Under-20’s point guard had originally been set to sign with Division II college Delta State University, but has opted to play at JUCO level in order to push for a Division 1 team.

“Signing to Otero is a massive life goal for me,” Arissol said. “It’s been my dream since I was 10 years old to play basketball in America, and now I have an amazing opportunity to do so.

“I’m glad that all my hard work has paid off and has allowed me to get exposure in the US.

“I’m looking forward to comparing my abilities to players over there and learning as much as I can to be a step closer to reaching my full potential.”

Arissol averaged 16.5 points, 4.3 rebounds, 4.8 assists and 3.4 steals per game in the EABL this past season, helping Charnwood secure the Championship for the first time.

The Northampton-born youngster also made his BBL debut with Leicester Riders and competed in the third edition of the Hoopsfix All-Star Classic in June.

And, Arissol sees himself having an important role to play with the Rattlers when he starts his time at Otero.

“The role I see myself having is being a very big leader at Otero, and helping the team have a lot of energy on both ends of the floor,” he said.

“I want to thank everyone who has been a part of my journey – it’s been a roller-coaster, but I’m finally at the next stepping stone to achieving my dreams.”

We would like to wish Andre all the best in his college career!