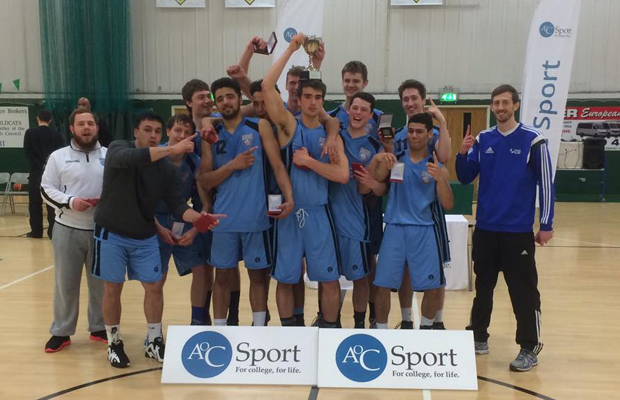 Itchen College finished the season on a high with a 77-67 win over Myerscough College in the AoC Premier National Cup competition.

With the victory, Matt Guymon’s squad avenged their EABL Final Four loss to Myerscough, and did it without leading scorer Ben Maranan who is out injured with an ankle sprain.

“I am immensely proud of our guys today, giving one of the most determined performances I have ever seen,” Itchen Head Coach Guymon said.

“Missing Ben Maranan we could have easily lost belief, but our senior leaders kept the group together and battled for 40 minutes.

“Full credit to Neal Hopkins and Myerscough who have set the bar incredibly high in terms of success and it took everything we had to grind out a victory against them.”

Dan Hemingway led Itchen with 20 points and was elated with the win.

“It feels incredible to top off a great few years of hard work and dedication with a national cup win,” he said.

“The players and coaches have worked relentlessly all year in every game to put us in the position that we found ourselves in. The coaching staff at Itchen did all they could to prepare us for the final and it was a great game to watch and play. As a team, we played unselfish, excellent basketball, proving that we are truly one of the best programmes in the country.”

Selby Hind-Wills added 17, while Theo King finished with 14 for Itchen.