Trio of Brits in Italian Serie A Training Camps - Hoopsfix.com

Trio of Brits in Italian Serie A Training Camps 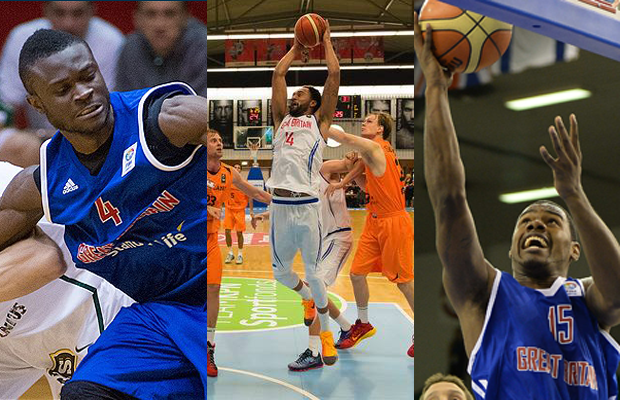 Newly-capped GB international Will Saunders and experienced guards Kyle Johnson and Ogo Adegboye are all taking part in pre-season with Serie A teams, in Italy.

Saunders is training with Orlandina ahead of his rookie season, while Johnson is at Cantu and Adegboye has just joined up with Vanoli Cremona, initially until the end of September prior to the start of the new season.

Charleston Southern graduate, Saunders, was handed his first GB Senior cap in the friendly loss against New Zealand and also featured in the invitational tournament in the Netherlands; recording a double-double in the win against Portugal.

Saunders was named to the All-Big South second team after helping CSU to a share of the regular season title; averaging 13 points and 6 rebounds per game in his senior year (highlights here.)

Johnson is familiar to the Italian surroundings having finished last season at Angelico Biella in the A-2 Gold league. The 26-year-old has also previously played for Vanoli and Ferentino and helped Brampton A’s reach the playoffs semi-finals in Canada before joining Biella.

Finally, Adegboye will spend pre-season with Vanoli having finished last season with Aris in the top-flight in Greece. The experienced GB guard played a valuable role on the team and averaged 8 points per game during his time at the club.

While there is no guarantee of securing a contract with their respective clubs, it marks a good opportunity to compete with top-level opponents ahead of the start of the new season.