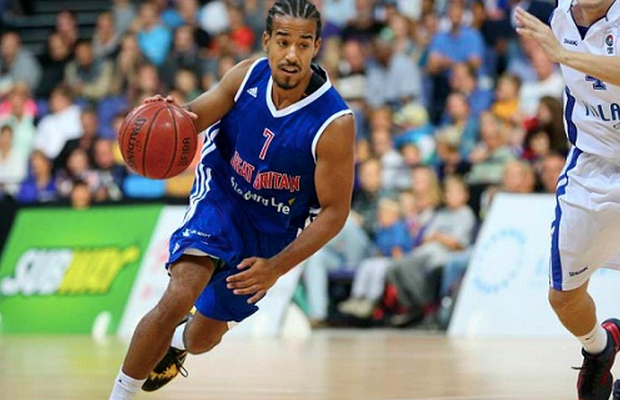 Justin Robinson will play alongside fellow Brit Ovie Soko this season after joining Trikala BC in the top-division in Greece.

The experienced GB guard remains in the A1 league having finished last season at Kolossos. In 11 games, he averaged 6.4 points per game whilst shooting 50% from 3-point range.

Robinson also had a spell in Cyprus, his second at Apollon, at the beginning of last campaign; averaging 14.3 points per game, 3.6 rebounds, 3.2 assists as well as 2.2 steals.

The 27-year-old made his GB Senior debut in 2009 in the middle of his four-year college career at Rider University and recently competed at the 2013 EuroBasket.

Robinson teams up with Soko after the second-year pro was confirmed as Trikala’s new addition last week.

Keep an eye out for our full list of Brits Abroad coming soon.