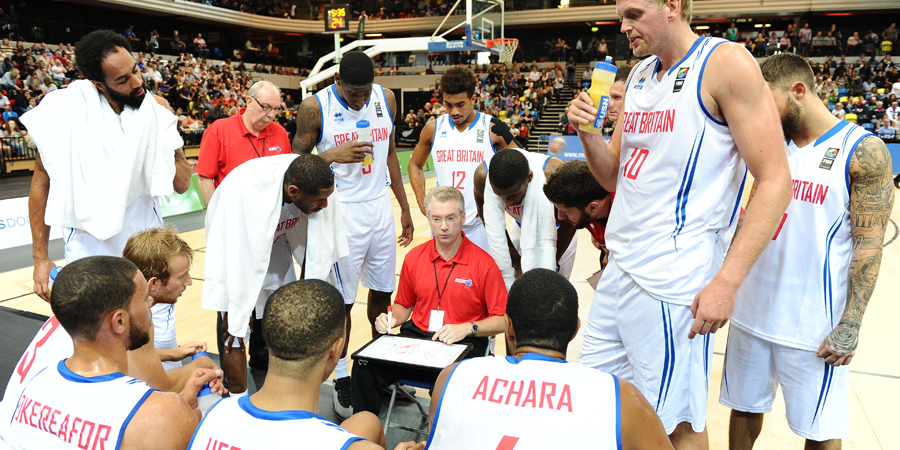 GB Senior Men suffered an 84-63 defeat against New Zealand in a friendly international at the Copper Box Arena, on Saturday.

Joe Prunty’s new look side kept pace with their more experienced opponents in the first half but the Tall Blacks broke clear in the third with a dominant run of 18 unanswered points.

Corey Webster shot the lights out for New Zealand to propel them to the win with 32 points on 10-15 shooting from the field including 5-8 from 3-point range while Isaac Fotu also impressed with 10 points, 16 rebounds as well as six assists.

As for GB, Myles Hesson top scored with 14 points and Rob Gilchrist, one of seven debutants, impressed in his 12-point display as the only other player in double figures.

“It was good to get the new guys involved as it was a good opportunity to play at this level,” Hesson said after the game.

“It wasn’t the result we wanted but it’s always great to play for GB in front of a home crowd which is a great feeling.”

Webster signalled his intentions early on with the first six points for the Tall Blacks while Gilchrist kept GB close with their opening four.

Sullivan checked into the game in his 100th cap and made a typically immediate impact with an and-1 play to spark a 7-0 run capped by a three from Ben Mockford gave GB their first lead at 14-11.

They had to regain their slender advantage when Kieron Achara scored his first basket but a 5-0 close gave New Zealand a 22-18 advantage at the end of the first.

Joe Hart netted from deep for his first points in a GB Senior vest before a three-point play from Achara followed by a score from Alex Young put the hosts back ahead.

Everard Bartlett responded with back-to-back triples while Webster added another five points to his tally in quick succession.

GB stepped up at both ends of the floor with a couple of defensive charges setting the tone in an 8-2 run to level at 38.

Reuben Te Rangi and Hesson exchanged 3-pointers but the Tall Blacks were able to edge back in front to lead 43-41 at the half-time break.

GB levelled twice at the start of the third before being on the wrong end of a pivotal 18-0 run with the first eight coming from the hot hand of Webster.

Sullivan finally stopped the rot with a pair of free throws while Dan Clark netted from deep to close a 7-2 run as GB went into the fourth trailing 70-54.

The final quarter was a low-scoring affair but there was still no stopping Webster as he took his tally up to 32 with another two scores from downtown before being sat for a well-earned rest.

Clark added another three for GB and Zak Wells came off the bench to score his first points late on before New Zealand ran down the clock to complete an 84-63 victory.

The GB captain, Sullivan, was presented with his 100th cap before the game ahead of his side facing the Tall Blacks haka.

Prunty started with Hesson, Mockford, Gilchrist, Clark and Young with the GB Head Coach rotating his squad with Wells getting a late run out as one of seven players making their senior debut.

GB will now take a team to the Netherlands in a tournament against the hosts and Portugal with a squad expected to include those who did not make the cut along with some of the newer faces of the squad.