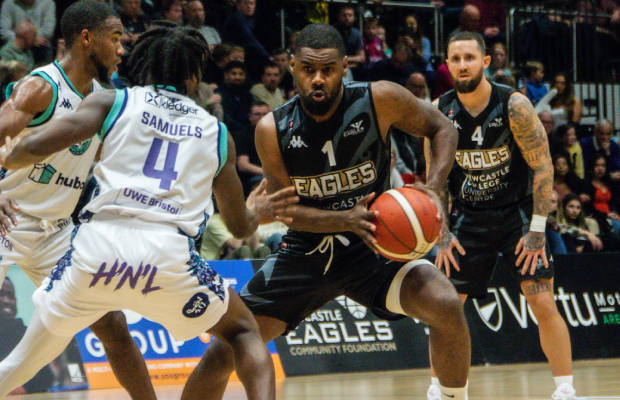 Newcastle Eagles have brought in reinforcements to address their slow start to the 2022-23 BBL season with the signings of Kyle Johnson and Denzel Ubiaro.

The duo made their debuts for the club on Friday night as the Eagles defeated previously unbeaten Bristol Flyers 89-78 to end a run of four straight defeats.

Johnson links back up with GB assistant coach Marc Steutel to make a first appearance in the BBL. The 33-year-old GB veteran is an 11-year pro with ventures across Europe as well as in his native Canada.

“The BBL is a league I’ve always wanted to play in and I love the way British Basketball is growing,” said Johnson, via release.

“Having the opportunity to come back to the UK and play in front of family and friends means the world to me.”

Meanwhile, Ubiaro makes a return to the league having previously developed as an emerging star in Plymouth. The 1997-born guard had been with the club since 2017 and averaged 8.5 points, 3.5 rebounds and 2.0 assists per game with the Patriots last season.

Newcastle have been active in their roster changes since the summer with two Americans having been released, while they also had to deal with the blow of losing Rowell Graham to a season-ending injury.