Steutel: Quinn Ellis will be a talisman of the national team for the next decade - Hoopsfix.com

Support
Home / National Teams / Steutel: Quinn Ellis will be a talisman of the national team for the next decade

Steutel: Quinn Ellis will be a talisman of the national team for the next decade 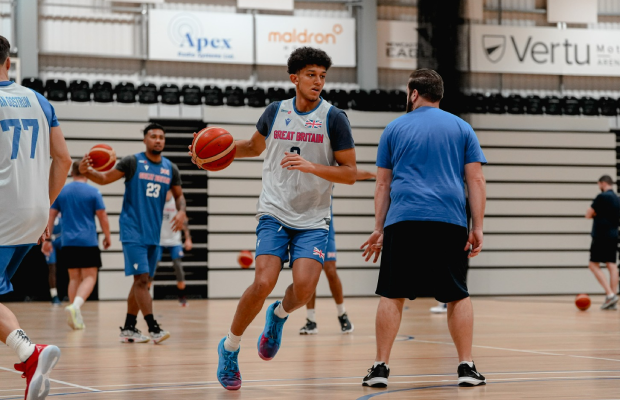 Acting GB Head Coach Marc Steutel has come away impressed with 19-year old Quinn Ellis after his first national team call up, saying he thinks he will ‘absolutely’ be a talisman for the national team over the next decade.

Ellis was announced in the squad after a breakout summer that included being named Hoopsfix All-Star Classic MVP and 3-point shoot out champion, shining against Bronny James and Sierra Canyon High School for Hoopsfix Elite, before signing a multi-year deal with Eurocup side Trento.

Two days into training camp, as GB stand at 1-5 in the qualifiers, preparing to face Serbia and Latvia on Friday and Monday (watch live on Courtside 1891 – use code HOOPS-WC for 15% discount on annual and World Cup bundle passes), Steutel is nothing but impressed with the teenager.

“I am so enthused by Quinn,” Steutel told Hoopsfix on Wednesday.

“I think he’s obviously had a really big kinda rise, the last six months in particular.”

Ellis has been loaned out to Casale Monferrato in Italy’s second division (A2) for the season and has had a number of impressive performances including a 17 point, 8 rebound, 9 assist effort in his final outing before coming into training camp.

“The windows are always a challenge for somebody like Quinn because we’re not getting together and having eight, nine days of practice where we’re trying to put concepts in and match guys up with different lineups, different situations,” Steutel continued.

“Sometimes at this level it’s not about the individual, it might be about the team approach and the fit.

“You get together, you’ve gotta be really clear on how you wanna play and there might not be much opportunity for guys to play their way into a spot, as it were.

“However, Quinn has been extremely professional. I think his confidence has grown each day. And that’s gonna be a part of this, and that’s why we wanted him to be in and to be around good, seasoned pros.

“But do I think that Quinn is gonna be a talisman of the national team for the next 10 years? Absolutely. The way he plays the game, he’s got an incredible poise for the game and he’s got a good feel, his decision making.

“I just think he’s gonna keep getting better and I’m so excited about him as a long term national team player.” 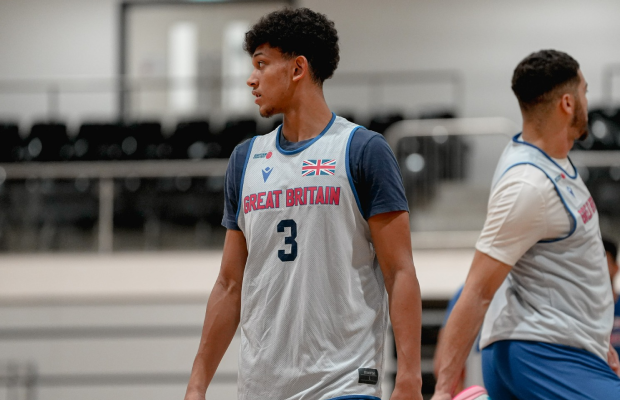 With 13 players at camp and only 12 spots on the roster, Ellis is not a shoe-in for the final squad this window but regardless, is happy to be there.

“It’d be an honour to be selected for the final roster for either of these two games, for sure,” he told GB earlier this week.

“Even if that meant I was on the bench all game and had the opportunity to support the team from there, or if I got a few minutes on the floor, but whatever happens I’m just really happy to be here.

“I’ve got nothing to lose, really. I’m the youngest guy here, but whether I’m selected or not is nothing to do with age. If Coach likes me and what he sees then I’ll be selected and I’ll do whatever is needed for the team whatever happens.

“I just want to show everybody what I’m about and build for the future. I believe I have what it takes to be a regular in this team in the future and hopefully a national team starter in years to come as well, and this camp is a great opportunity to show what I’m capable of and learn how to get even better.”

GB take on Serbia at 19:00 on Friday night at the Vertu Motors Arena, Newcastle, with the game available to watch on Courtside 1891 (use code HOOPS-WC for 15% discount on annual and World Cup bundle passes).