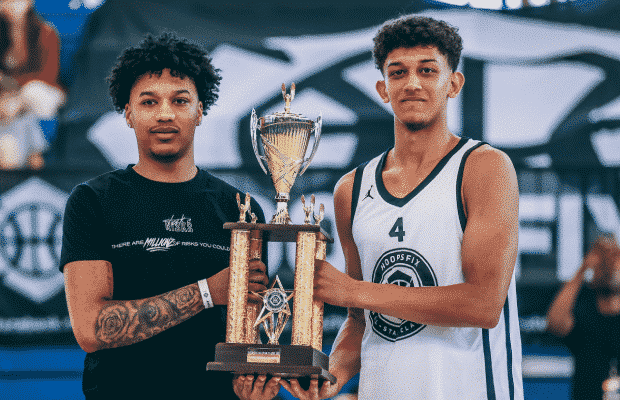 Quinn Ellis has been crowned the winner of the Foot Locker 3-Point Shootout after an impressive showing at the 2022 Hoopsfix All-Star Classic.

The Italy-based guard produced a score of 18 to beat Katie Januszewska and Anna Nevison in the final to top the third edition of the mixed gender contest and follow Rhys Sundimalt and Alex Distras as winners.

Nevison opened up the contest with a very respectable opening effort of 15 points before Olivia Forster got hot in the middle phase of her round with a perfect rack amongst a score of 13. Januszewska then fired in 15 to match Nevison, while Wroe just missed out on double figures

Ellis set the tone for the boys by taking the lead with a late corner three to move to 16 points. Pedro Ellery reached double figures before Oliver Wright came close with a score of 13, while Kanu Gudza also missed out on a place in the top three.

It was Ellis to kick off the final and the former GB junior laid down another marker with an impressive score of 18. Januszewska found an early rhythm before finishing with 14, while Nevison put up 11 points with the women’s duo both making the final for the second year in a row.