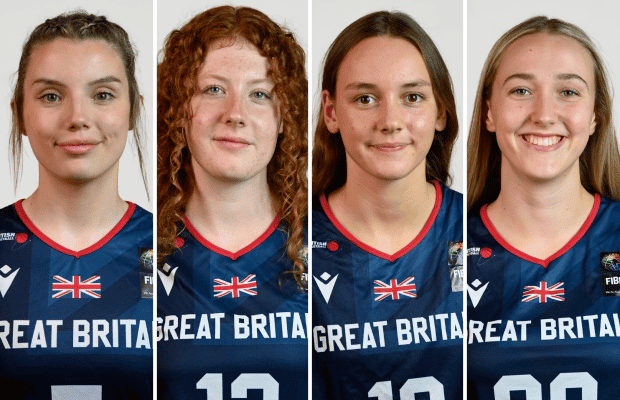 Great Britain are competing at the FIBA 3×3 Under-18 Women’s World Cup for the first time with a squad of four players headed out to Debrecen, Hungary.

The quartet consists of four GB U18 juniors from the recent European Championship as Welsh duo Issy Bunyan and Carys Roy are joined by soon-to-be Ipswich teammates Olivia Forster and Louisa Gibbins.

Team leader Azeb Smalley said via release: “I am really excited to be leading the GB U18 3×3 Women’s Team at the World Cup in Hungary. It’s great to see the girls having the opportunity to represent GB again this summer.

“It’ll be an incredible experience for them to compete not only against some fantastic teams in Europe, but also worldwide.”

GB are in Pool C alongside Brazil, Chile, Japan and Latvia with their campaign getting underway on Wednesday.

The top two teams in each pool advance to the quarter-finals. Games can be watched LIVE over on the FIBA 3×3 YouTube channel: