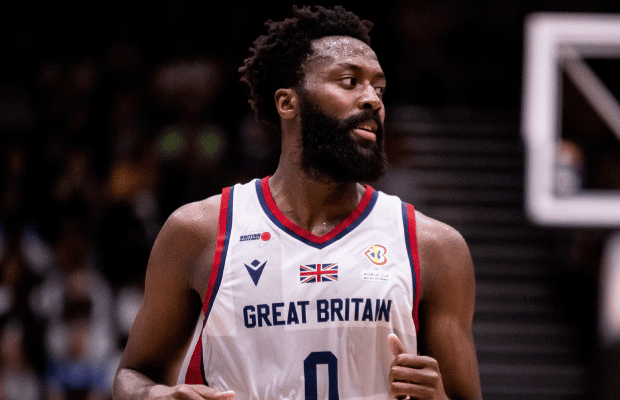 The final 12-player roster for Great Britain’s Senior Men has been confirmed ahead of their opening World Cup 2023 qualifier of the August window.

Nate Reinking’s side open up their second round campaign against Belgium in Mons before returning home to face Latvia in Newcastle on Sunday with changes able to be made in the roster.

Ovie Soko returns to national team action having been unavailable through the first round, while Luke Nelson and Teddy Okereafor both make their returns from injury earlier in the summer.

Dan Clark takes another step towards becoming GB’s most-capped male player, while Myles Hesson, Ben Mockford and Gabe Olaseni all have 40+ caps with the senior team.

New London Lions signing Mo Soluade is another player added to the squad with Tarik Phillip and Ashley Hamilton absent due to injuries.

The games against Belgium and Latvia can be watched over at Courtside 1891 via subscription.