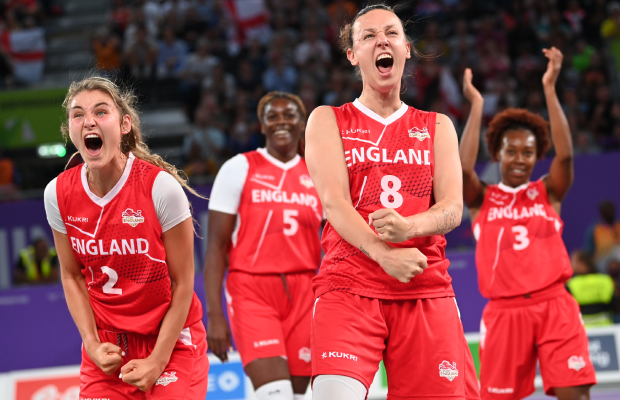 England are guaranteed a medal at the 2022 Commonwealth Games after reaching the final of the 3×3 Women’s tournament.

They have to chance a surpass their silver medal achievement from the 2018 5-on-5 competition after beating Australia 21-15 in the semi-finals, on Monday evening.

Shanice Beckford-Norton sealed the win from the foul line with Cheridene Green scoring eight points as the top scorer. Hannah Jump continues to light up the tournament from outside with a three more two-pointers in the win, while Chantelle Handy battled through an injury scare earlier in the day.

The teams were tied at 10-10 before England made their move as Green had a couple of big and-1 plays that proved pivotal as they will now play for gold on Tuesday against Canada, who defeated New Zealand 16-11.

England had earlier defeated Kenya 21-12 in the quarter-finals in the afternoon session after backing up their 2-1 record in the group phase – recap, HERE.

Meanwhile, Scotland fell to a 17-11 loss against Canada in their last eight showdown as their medal hopes were ended.