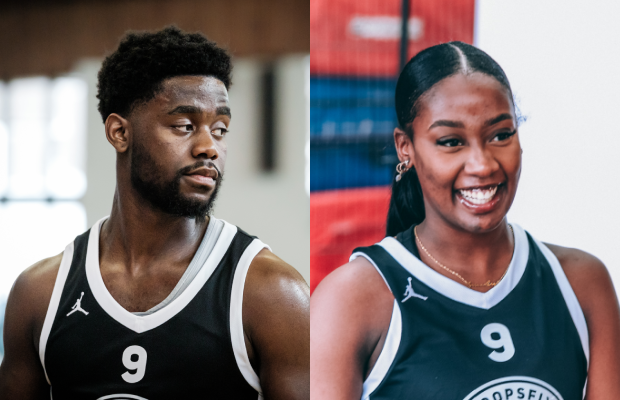 There was a double celebration for the Gudza family at the 2022 Hoopsfix All-Star Classic as brother and sister duo Kanu and Saruna competed at the event for the first time.

1500 were in attendance at the Crystal Palace National Sports Centre for the one-day British Basketball showcase with the siblings adding to the family atmosphere.

Saruna Gudza – who turned 18 in March – was selected to take part in the Under-19 Women’s game with older brother Kanu Gudza, 19, a participant in the Under-19 Men’s game as well as the Foot Locker 3-Point Shootout.

“Having all our family there supporting us was amazing,” Saruna told Hoopsfix. “It was really cool that we were wearing the same number and the same colour team.”

Kanu added: “I don’t get to play in front of my family often so that’s always fun since we all love the sport.”

With basketball rooted in their family, the duo played the sport together at Luton before heading in different directions for college; Saruna made the move to Copleston, while Kanu ended up at Charnwood and both impressed last season.

Saruna Gudza led the entire WEABL in assists with 5.8 per game for Copleston along with 9.7 points and 6.2 rebounds in the 2021-22 season, whilst also averaging double figures in scoring for Ipswich in WNBL Division 1 action.

The 2004-born guard earned a call-up to represent England’s Under-18 Women at the Four Nations Tournament in April before being selected to compete at the Hoopsfix All-Star Classic alongside club teammates Cameron Taylor-Willis and Liv Forster.

“It felt incredible,” she said of the event. “The idea of all the best Under-19 players in one place is great. The amount of people that were there shows that British Basketball isn’t what people say it is – it’s better than people expect.

“Being invited has been an honour and gives real encouragement. Having seen the alumni play, it’s something that I’ve always aspired to do.” 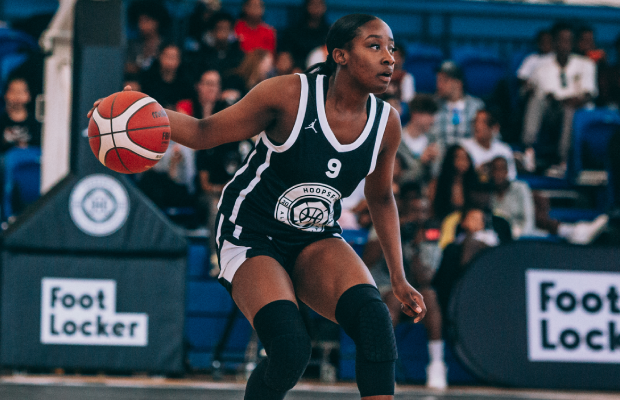 Meanwhile, Kanu Gudza celebrated winning an EABL title with Charnwood with 13.8 points, 4.7 rebounds and 5.5 assists per game in their Championship winning season. The 19-year-old earned the Defensive Player of the Year honour in the Northern Conference and also made it onto the All-First Team.

Gudza made a first appearance at the Hoopsfix All-Star Classic after being one of three Charnwood players invited to take part with Victor Ndoukou and Louie Jordan also suiting up.

“It was a great experience; a lot of talent that I’ve never got to play against or with and a great environment with the amazing crowd and venue,” he said. “It felt good to be selected after a good season with Charnwood.”

There is a real mutual admiration between the two siblings, too, as they are able to rely on each other for that constant support.

“He’s someone I really aspire to be,” Saruna stated. “I really look at him and think I want to be like him. He’s crafty, his IQ is insane – I want to play like him. I’m really happy I got to be with him at the event.”

Kanu concluded: “Saruna is a talented player. I always love to watch her play. We both expect a lot from ourselves, so we were happy to make it together.”

While the Gudzas are both at the start of their basketball journey, there was another brother-and-sister duo involved at the 2022 Hoopsfix All-Star Classic as GB internationals Luke and Kyla Nelson ran the morning’s kids clinic.