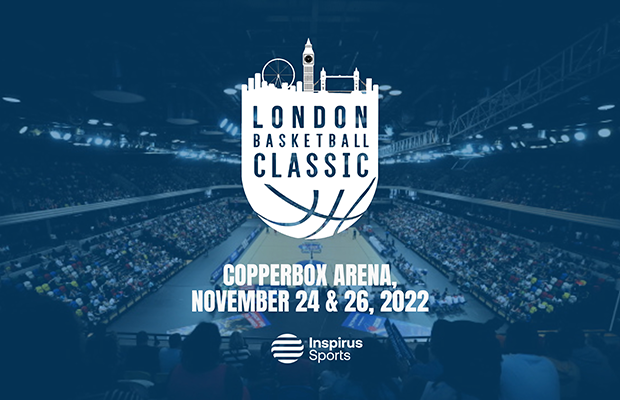 Inspirus Sports Management, in partnership with The Metro Atlantic Athletic Conference (MAAC) are behind the event, which will see Manhattan College Jaspers play Northeastern University Huskies in one semi-final game, while the Princeton University Tigers will take on a fourth, yet-to-be-announced side.

“The legacy of basketball at the 2012 Olympic Copper Box Arena, home of the BBL London Lions, is a perfect setting for us to host our first London international basketball event. This will be a Thanksgiving to remember for our teams and their fans. We hope to celebrate in style with the support of the great British basketball fans on November 24th and 26th.”

It is the latest event in Inspirus Sports’ portfolio, as they will host the Dublin Basketball Challenge the week before in Ireland.

Additionally, is the second opportunity for British basketball fans to see college basketball in the UK this year, as the Basketball Hall of Fame London Showcase will take place in December at the o2.

The game will be a return home for Evbuomwan, originally from the Newcastle Eagles programme, who was named the unanimous Ivy League Player of the Year last season.

“We are thrilled to be one of the four teams to participate in the London Classic this year,” Mitch Henderson, Princeton Tigers, Men’s Basketball Head Coach said.

“It is an incredible opportunity for our student-athletes to play in front of an international audience while representing Princeton University. We are thankful for this opportunity and excited to compete with the other teams in London.”

Ticket on sale information, game times and the broadcast schedule will be announced at a later time.