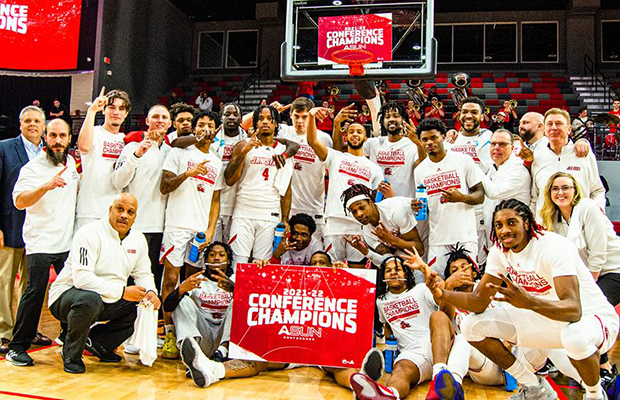 Kayne Henry has won the ASUN Conference regular-season title with Jacksonville State after a 69-52 win over North Alabama on Saturday.

The former GB Under-20 finished with 10 points in the game, which was his Senior night, as Jax State took the title with a 13-3 conference record, and 20-9 overall.

Henry has been one of the Gamecocks top performers this season, starting every game and averaging 9.3 points and 5.6 rebounds on 49.% shooting. His top performance of the season was a 24 point outing against Bellarmine in January, while he had a 13-rebound game early in February against Jacksonville.

The Gamecocks will now look to lock up a spot in the NCAA tournament with a conference tournament title, having earned a bye to the quarterfinal round of the 2022 ASUN Tournament by finishing in the top two of the West Division, which they won.

That lined JSU up with an opening contest against Kennesaw State tonight, by way of the Owls advancing out of the first round with a win over Eastern Kentucky at home on Tuesday night.