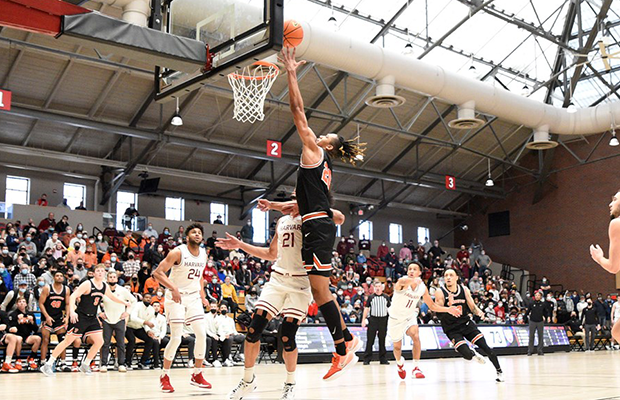 The former GB junior international hit a tough left-handed lay up to give the Tigers a 74-73 win over Harvard and clincheat least a share of the title for the Tigers, who have one regular season contest remaining. It moved them to 21-5 overall, and 11-2 in Ivy League play.

Evbuomwan, a Hoopsfix All-Star Classic alumnus, led the game in points with 18 on 8-for-14 shooting, along with 8 rebounds and 4 assists, and has emerged as a strong Ivy League Player of the Year candidate.

He will wrap up the regular season with Princeton tonight, when they take on the University of Pennsylvania.