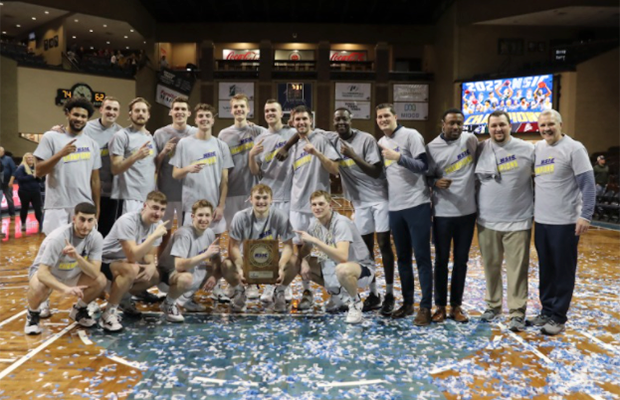 Alex Distras and Veron Eze have won the NSIC regular season title with Augustana, after steamrolling through the conference with a 17-2 record (23-2 overall).

The GB junior international duo, who helped the Vikings to a perfect home regular season record, clinched the title with a win over Southwest Minnesota State on February 19.

Their regular season success was not enough in the post-season, as they fell 69-53 to MSU Moorhead in the semifinals of the Sanford Health/NSIC Tournament, however they are already securely in the NCAA Division II Tournament thanks to their 24-3 overall record, and will now await their NCAA regional outcome Sunday.

In the latest regional rankings, the Vikings held the No. 1 slot in the Central Region and were followed by Upper Iowa at No. 2, who lost to Minnesota Duluth on Monday.